You are here: Home / Analysis / Islamic terrorism financing: how Qatar again finds itself embroiled in controversy 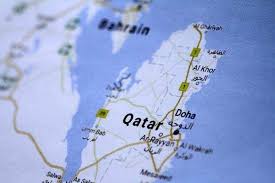 Since the recent release of Italian aid worker Silvia Romana from the grip of a group apparently linked to Al-Qaeda’s affiliate in Somalia, Al-Shabaab, Qatar once again finds itself being accused of financing terrorism. Having tried to position itself as part of the release effort, Qatar instead finds itself accused of having close ties to Al-Shabaab and using those ties to send money to the group while reaping political rewards by someone who is best-positioned to know—Abdullahi Mohamed Ali (a.k.a. Sanbalolshe), the former director of Somalia’s spy agency NISA. Time will tell whether this specific accusation is true, but that is not to say there is no truth in it at all, like reported by eeradicalization.com.

One of the claims made by Sanbalolshe—In an interview on Arabic TV channel Al-Arabia—is that Qatar helps Al-Shabaab finance itself by arranging the ransom payments after Al-Shabaab kidnaps Western hostages. Whilst this may or may not be true, it is certainly not the only way the group generates income. We know Al-Shabaab has a variety of funding streams.

It was reported in 2015 that tens of millions of dollars were being made by Al-Shabaab selling contraband sugar to Kenya. Furthermore, in the 2018 UN Security Council report, it was stated that the group managed to make upward of $7.5 million per year as well as millions from trading charcoal. In addition to this, the group has created a “parallel tax” system by extorting money from farmers and villagers. Whilst taxing local populations isn’t new, it doesn’t generate nearly enough immediate income as kidnappings would.

Kidnappings, particularly of Westerners, also provide Al-Shabaab with an occasion to gain media attention. In a recent report from the Royal United Services Institute (RUSI), findings suggest that there is a symbiotic relationship between the media and terrorists organisations. In other words, in the pursuit of ratings from sensationalist headlines, media organisations provide terrorists with what former British Prime Minister Margaret Thatcher called the “oxygen of publicity” on which they rely. Thus, on a cost-benefit analysis, it is in the interests of Al-Shabaab to continue with kidnappings as a strategy for funding and media attention, as opposed to it being an outcome in itself.

The accusation of Qatari involvement in such things is hardly new—and hardly unwarranted. Since 2014, claims that Qatar was one of the main funders of terrorism have become a new normal. Members of US Congress expressed their concerns about Qatar and its support—overtly and otherwise—of Islamist groups that target America and her allies.

Ransom payments have been an important part in funding Al-Qaeda for many years, and Qatar was involved in a series of ransom payments to Jabhat al-Nusra, Al-Qaeda’s branch in Syria. One of the Western hostages released by Al-Nusra, an American, has now filed suit against the Qatar Islamic Bank for facilitating terrorist finance. Middle East journalist Georges Malbrunot has estimated that Doha has paid in excess of $100 million dollars to terrorists for ransoms alone. It seems Qatar is the cash cow terrorist organisations need to raise funds quickly, and in some cases quit easily.

Qatar was also the key architect of a massive ransom “deal” in 2017 that involved nearly $1 billion being channelled to both Al-Nusra and allied Sunni extremists on one side, and Iranian-controlled Shi’a extremists on the other, as well as the ethnic cleansing of four towns in Syria.

Further to this, Qatar continues to have close ties to the designated terrorist organisation Hamas, which has prolonged the suffering and destabilisation in Gaza for decades, as well as continuing their campaign of attacks against the state of Israel with missiles that often fall short and kill Gazans. However, the accusations do not stop here.

Only in November of last year, it was alleged that Qatar failed to share intelligence about Iran’s attack on two Saudi tankers, a Norwegian tanker, and a UAE bunkering ship near the port of Fujairah. Considering that these allegations maybe true and international cooperation is vital against terrorism, Qatar has a funny way of going about showing that it is an ally.

Qatar has yet to follow the lead of its neighbours in designating the Muslim Brotherhood as a terrorist organisation. This reluctance does Qatar no favours in the court of public opinion, strengthening the case that Qatar is a state-sponsor of terrorism, or highlighting the cognitive disconnect between it and its neighbours. What is clear is this: if Qatar wishes to shake of these accusations, then it needs to show that there is some level of agreement about who is and who isn’t a terrorist organisation.

It seems, on a balance of probabilities, that there is something to the claims by Sanbalolshe, adding to the evidence that Qatar is an financer of global terrorism. This has major implications for the fight against terror, particularly when a united front is needed against destabilising forces.