You are here: Home / Africa / Islamic terrorism continues to grow in parts of Africa 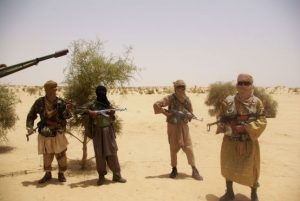 African countries need to redouble their efforts in the fight against terrorism that continues to grow in certain parts of the continent, the Peace and Security Council (PSC) of the African Union said Monday.

Ambassador Catherin Mwangi, representative of the PSC, told lawmakers meeting in Johannesburg African nations and the PSC have made efforts to resolve some conflicts on the continent but terrorism remains an ongoing challenge.

“Attacks continue to take place in countries of the Lake Chad Basin region such as Chad, Cameroon, Niger and Nigeria,” she said. “Somalia and Kenya, as well as Mali also continue to be targeted by terrorist groups.”

The diplomat said terror groups such as al-Qaeda, Daesh and Boko Haram continue to expand their activities in Africa because of ungoverned spaces in some states.

“Libya is a classic example of such a country with huge ungoverned spaces where terrorist groups find safe heavens,” she said.

“We therefore need to redouble our efforts and persevere in our fight against terrorism,” according to the Kenyan ambassador to the African Union.

She said the PSC underscores the importance of a comprehensive approach in the fight against terrorism, violent extremism and radicalization by addressing root causes of each terror group.

Thousands of people have been killed, injured or displaced as a result of terror activities.

Hundreds of victims were killed Saturday in Mogadishu, Somalia, when terrorists detonated a truck laden with explosives.