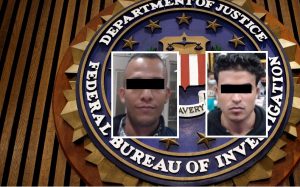 In 2019, then-President Trump said in a Rose Garden news conference, “We have terrorists coming through the southern border because they find that’s probably the easiest place to come through.” His claims were derided in the press, and by the press, as “mythical.”

Last month, House Minority Leader Kevin McCarthy told reporters that border agents he met on a trip to Texas claimed suspected terrorists are attempting to cross the border, according to Business Insider. His statement was regarded as “fear-mongering.”

The Democratic/progressive narrative holds that all those crossing the southern border are families looking for a better life, hardworking men and women fleeing violence and poverty. In most cases, that’s true. But that’s not the whole picture.

Last week, the Border Patrol announced that agents arrested two Yemeni men who were on the FBI’s terrorist watch list over the past two months, the Washington Times reported.

One of the men was nabbed near Calexico, Calif., after he jumped the border. The 26-year-old was found to be on both the FBI’s terrorism watch list and the No-Fly list.

The other was arrested near Calexico early in the morning on Jan. 29, just days after President Biden was inaugurated. That 33-year-old was also on both the watch list and the No-Fly list.

Other Republicans said after last month’s border visit, that agents were reporting that terrorist suspects were attempting to enter the country

Congressional Democrats and immigrant-rights activists cried foul, and media outlets followed suit. CNN said that there was “no evidence of a sudden rush of individuals on the terror watch list.”

The Washington Times has reported on several cases where members of designated terrorist organizations penetrated the border, and on the networks that exist to siphon people from terrorism-connected countries such as Afghanistan and Pakistan to South America and then up to the U.S.

The immigration issue can’t be held sway to one political narrative, and viewed from a singular lens.

Unfortunately, a balanced perspective isn’t in fashion on Capitol Hill.

The migrant surge on the border calls for empathy, especially from the press, Rep. Ilhan Omar (D-Minn.) told CNN.

“I think that there are some failures that are taking place,” the Minnesota congresswoman told said on “Reliable Sources” last month. “And it’s really important for us to show the basic humanity and treat the causes of migration in the region.”

Omar denounced the media focus on the number of unaccompanied children at the border. Instead, she urged the media to focus on “cruel and contradictory” foreign policies.

The conversations around immigration is currently centered around “gaining political points,” Omar said.

“It’s not about the safety of Americans,” she added.

The arrests of two Yemeni men on the FBI’s terrorist watch list underscores the point: Yes, it is about the safety of Americans.

As 9/11 horrifically demonstrated, it doesn’t take many terrorists to cause maximum damage and chaos.

By ignoring the fact that a surge of migrant families seeking the American Dream could include a handful of those intent on perpetrating another terror attack, it sets us up for a dangerous — and deadly — fall.

Both parties must work to resolve the migrant crisis — by balancing compassion with safety.