You are here: Home / MidEastGulf / Islamic State’s trade in human organs in Mosul 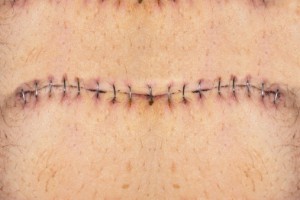 While the group has already been accused of many inhuman actions against civilians inside its territories, the Islamic State (IS) is now allegedly harvesting human organs to make profit even out of bloody actions.

A member of the Iraqi parliamentary committee for human rights has recently warned over the case, and revealed that abducting civilians in IS-held areas has recently become a widespread fact.

According to the information obtained by MP Ashwaq jaf, despite kidnapping civilians, the jihadist group arrests people for cooperating with Iraqi forces or rejecting to fight for the group; “the accusations are only to arrest people and take out their body organs.”

The organs are either being smuggled to black international markets to finance the group, or being planted for injured jihadists.

Earlier in 2015, Iraqi Ambassador to the United Nations urged the organization to investigate “IS’s bloody trade in human organs.”

He revealed at that time that a large number of civilian corpses, with missing body parts, have been recovered from mass graves, “and it proves the allegations are true.”