You are here: Home / Europe / Islamic State’s ‘most wanted’ woman 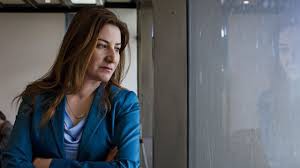 The woman who tops Islamic State’s “most wanted” list has arrived in Britain to publicise the continuing atrocities against her people in Iraq.

Vian Dakhil has dedicated her life to rescuing victims of the genocide of the Yazidi minority carried out by the Islamic State .

She has survived a helicopter crash and the price on her head rises every time she saves women and girls from gang rape, torture and kidnapping by the terrorists in her homeland .

Dakhil, the only female Yazidi MP in the Iraqi parliament, told the Times of the heartbreaking calls she receives from girls on a weekly basis.

“They say they need help,” she said. “They say the men believe raping them is a prayer to heaven.

“They sound numb. I tell them not to lose hope.

Dakhil is in London with her sister, Deelan, a doctor who treats traumatised women in refugee camps in northern Iraq.

Her life has been threatened ever since she stood up in Iraq’s parliament to beg for intervention after thousands of Yazidi were left stranded on Mount Sinjar by Islamic State’s ethnic-cleansing campaign.

But she is determined not to give up the fight for help.

“I saw some of myself in Emmeline Pankhurst in the film Suffragette, ” she said. “This is 21st century struggle.”

Visiting the UK withher sister Deelan, 25, they told the Times of a 22-year-old medical student kidnapped by ISIS last month. She was made to dress-up and put on make-up before a routine of rape and torture.

“She slit her wrists instead. Being a doctor she knew how to cut the radial arteries. They didn’t realise until they saw blood coming underneath the door,” said Deelan.