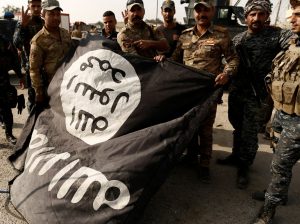 After months of bloody fighting, Kurdish peshmerga and Iraqi government forces – backed by pro-Iranian Shia militias – have driven Daesh out of Mosul and are advancing in the Euphrates valley. Across the border in Syria, Arab militias and Kurdish forces have liberated much of Daesh’s de facto capital of Raqqa, while regime troops and Russian airpower broke the group’s siege of Deir ez-Zor. The group’s final defeat in Iraq and Syria is a long-awaited turning point, but its few short years in ascendancy leaves a trail of destruction that will take decades to undo, like reported by eurasiareview.com.

Daesh is not solely responsible for the destruction that has ravaged both countries, but it is uniquely sadisticin singling out global heritage sites for ruination. In deliberate provocations against places chosen for their cultural and religious significance, Daesh went out of its way to defile historic monuments and holy places belonging to Shia, Kurdish, Yezidi, and Christian communities alike. With many of these places only now being freed from Daesh control, the full extent of the devastation is still coming into focus.

The destruction we do know about is already appalling. Once a top tourist destination, Palmyra’s 2,000-year-old Monumental Arch was destroyed in October 2015 after the group seized the area. Nearby, the Temple of Bel was also reduced to rubble. The detonation of the temple of Baalshamin was broadcast on social media to horrified audiences across the world. The minaret of the Great al-Nuri Mosque in Mosul was brought down in similarly callous fashion this past June, after previous attempts were foiled by local residents forming a protective human chain.

Hell-bent on exterminating non-Sunnis in areas they controlled, this campaign of desecration served Daesh’s purposes well. In addition to generating shock value and valuable propaganda, the targeting of “pagan” sites like Palmyra fit well with the group’s apocalyptic brand of jihadism and removed some of the most powerful symbols of shared history that bound together diverse communities. Robbing those communities of these symbols is one way in which Daesh pushed the region further down the road of violent sectarianism. The destruction of al-Nuri’s minaret fits this mold. Already defeated, Daesh inflicted one more wound on Mosul on their way out the door.

It all fits into the conundrum now facing leaders in Baghdad, Damascus, and beyond. As one survivor of the Daesh era in Mosul starkly phrased her country’s plight: “Iraq is like a glass of water. Once you break the glass, how do you collect the water again?”

From the moment Daesh went to work in Palmyra, the international community began debating what to do about that which has been lost. Some external actors have been more proactive than others. France, home of the United Nations Educational, Scientific and Cultural Organization (UNESCO), led an international donor drive last year when it committed $30 million toward protecting cultural heritage sites in wartime. Backers of the Safeguarding Endangered Cultural Heritage conference joined then-President Hollande, with donors from Saudi Arabia, the UAE, Kuwait, Luxembourg, Morocco, Switzerland and the US to raise close to $100 million for preservation.

Funding is important, but without strong leadership from UNESCO – which plays a key role in preserving such global heritage sites – these efforts risk going to waste. As it happens, UNESCO will choose a new director-general this year and is badly in need of new direction. Often a theater for political disputes between Israeland the Arab world, the US cut funding for the organization in 2011 after it admitted Palestine as a member state – a loss that represented 22% of UNESCO’s overall budget. The inclusion of Hebron in the Israeli-occupied West Bank on UNESCO’s list of World Heritage Sites offered yet another cause for confrontation this year.

The challenge presented by Daesh and other jihadist groups may strengthen the UNESCO leadership bid of France’s former culture minister, Audrey Azoulay. Azoulay served under François Hollande and was central to his efforts to mobilize the international community on behalf of world heritage sites. If Azoulay can inject fresh energy and determination into the controversy-plagued UNESCO, she will make a major difference in the organization’s ability to take on a politically fraught process of recovery and preservation.

Of course, UNESCO’s mission goes well beyond historical preservation. The institution is dedicated to fostering peace, tolerance, and mutual acceptance through education, dialogue and the arts and sciences. Its goals are essentially the antithesis of the jihadist program, and its missions are as important now as they have ever been.

Those values have been under assault for far longer than just the last few years. Well before Daesh’s spectacular crimes, the Taliban offered an earlier example of cultural warfare that holds many lessons for Iraq and Syria today. In the spring of 2001, Taliban fighters took 25 days demolishing the Bamiyan Buddhas in Afghanistan, forcing local men to plant explosives on the sandstone carvings. Despite international condemnation, the Taliban celebrated the destruction of the Buddhas while locals were forced to look on. Over 16 years later, Afghanistan remains a conflict zone and the Buddhas remain a pile of rubble.

UNESCO officials, Afghan authorities and local residents have struggled to agree on the best means of commemorating the destroyed site. In 2015, two Chinese artists used laser projections of the Buddhas to offer locals a fleeting return to the past. A more permanent initiative would undoubtedly require major international financing and proactive coordination; it may ultimately prove impossible.

Beyond the restoration debate, other international institutions are trying to set a legal precedent for future acts of vandalism. The International Criminal Court’s landmark trial of jihadists from Mali last year provides a blueprint for accountability. Charged with destroying the shrines of Timbuktu, militant leader Ahmad al-Mahdi was sentenced to nine years in prison in a trial the Hague hopes will be a deterrent and set a precedent for other cases.

When the people of Syria and Iraq inevitably face the task of rebuilding, it will be important to remember why places like Palmyra matter so much in the first place. Historical sites cannot take precedence over the suffering of the living, but restoration of these places – which represent both local and global patrimony – will be an important part of helping Syrian and Iraqi communities heal the wounds of civil strife.