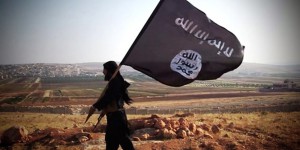 Minister of Mines and Petroleum (MoP) Dawood Shah Saba on Monday said that the Islamic State has fixed eyes on the Afghan natural resources.

Briefing members of the Wolesi Jirga, the minister said that insecurity was a major problem preventing the government from cashing the country’s natural riches. He said the Islamic State, popular as Daesh in Afghanistan, was in the quest to control areas where natural resources are abundant. He said the terror group wanted to extract the mines and finance their operations.

Speaking about problems hampering the execution of mining projects, he said the ministry could not monitor the projects due to insecurity.

“We are unable to monitor at least 100 out 339 projects. Even the police chief cannot go there due to insecurity. Therefore, if the contracted firms do anything I will have no information. Moreover, the ministry cannot send its employees for monitoring because they are getting Afs10,000 per month. With such a minimum wage they cannot do this job,” he said.

The minister further said that police was not ready to help the ministry staffers to visit the mining sites and monitor the projects.

He said that text of all contracts is in English language which is beyond understanding of most of the ministry’s officials as they are familiar with Dari and Pashto, national languages.

Lack of capacity building, legal framework and regulations were the other problems pointed out by the minister. He said the ministry was planning to draft five regulations to regulate the mining contracts.

“Most of the contracts are signed in such a way that we cannot cancel now. If we cancel the contracts, the Afghan government will be dragged to the international court,” he said.

He termed protection of the natural riches as one of his important responsibilities and said that regulations should be introduced to regulate the mining sector.

Saba assured the lawmakers that contracts would not awarded unless the process was clear and transparent. He said that only $14.5 million was generated in revenues by the government from mining sector while the amount was more than $30 million last year.

He vowed to review all contracts including Mes Ayank cooper project for the purpose of transparency.The minister said that Wolesi Jirga would be informed about the contracts.