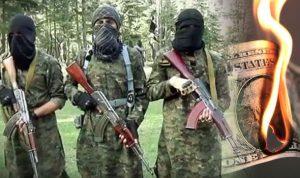 Obaidi said the militants declared a curfew in the town in search for the fugitive leader.

Since Iraqi government forces launched a wide-scale campaign to retake Islamic State-held regions in October 2016, the militant group has reportedly suffered financial constraints and many of it senior leaders have either died in combat or fled battlefields.

Islamic State has held the towns of Annah, Rawa and Qaim since 2014, when it proclaimed an Islamic “caliphate” in Iraq and Syria. Recent news reports have said military reinforcements were sent to areas near those towns preparing for an invasion against IS. The Iraqi Joint Operations Command has, meanwhile, declared that its coming battle would be in IS-held Hawija, southwest of Kirkuk. So far, U.S.-backed government forces recaptured Mosul, Islamic State’s former capital, and the town of Tal Afar, a major haven west of Mosul.