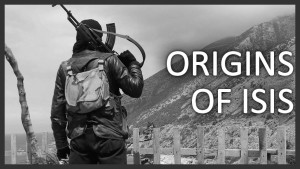 Two years ago President Barack Obama dismissed Islamic State as al-Qaida’s “J.V. team.” Today, it controls roughly a third of Mesopotamia and wreaks murderous havoc as far away as Western Europe. The story of that brutal blossoming has been well documented in real time across front pages and websites, and most Westerners have some familiarity on what the Islamic extremists want (a global Muslim caliphate) and how they intend to get it (death, death and more death).

But another part of the Islamic State narrative has been shrouded in mystery. How did a violent movement that was all but extinguished in the late 2000s become the terrorist juggernaut it is today?

Three recent books dive into those foggy years from 2003 to 2011, when what was known as al-Qaida in Iraq first terrorized post-Saddam Hussein Iraq, then was decimated by U.S. special operations forces, and finally re-emerged as the Islamic State.

Joby Warrick’s Black Flags is a detailed and perceptive analysis that’s also a page-turner. It primarily describes the rise and fall of al-Qaida in Iraq, which makes it necessary reading for anybody who wants to put Islamic State into the context of both contemporary jihadism and the long history of Muslim fundamentalism.

Warrick starts in the late 1990s at a filthy Jordanian prison housing 50 or so Islamic extremists whom the kingdom didn’t want radicalizing its run-of-the-mill criminals elsewhere. This was a terrible idea, and Swaqa prison has since been described as a “jihadist fraternity house.”

Two detainees stood out. The first was Abu Muhammad al-Maqdisi, a Palestinian-born Islamic scholar who saw in scripture a command to overthrow the secular governments of the Middle East. The other was Ahmad Fadeel al-Nazal al-Khalayleh, who, under his nom de guerre Abu Musab al-Zarqawi, would eventually become the most feared man in the Middle East.

A hard-drinking street thug while growing up in Jordan, Zarqawi went to Afghanistan in search of life-direction and Soviet troops. But the Russians had gone home, so Zarqawi did the same, only to be snared by Jordanian intelligence with an arsenal in his basement and sent to Swaqa in 1992.

Upon release in 1999, Zarqawi made his way to back to Afghanistan only to be snubbed by Osama bin Laden, who was shocked by the Jordanian’s bloodthirstiness and eagerness to kill fellow Muslims. Nonetheless, al-Qaida backed Zarqawi to start a terrorist training camp at Herat, near the Iranian border. After the Taliban fell to the U.S.-led invasion in 2001, Zarqawi made his way west to a lawless corner of Iraq, hoping the Americans would bring the fight to him. George W. Bush did not disappoint.

In the insurrection after the toppling of Saddam Hussein, Zarqawi’s al-Qaida in Iraq announced itself to the world by blowing up the United Nations headquarters in Baghdad. Attacks on mosques in Baghdad, Karbala and Samarra inflamed sectarian tensions between Shiites and Sunnis. Video of his personal beheading of the American businessman Nick Berg in 2004 became a global viral hit, and the United States put out a $25 million bounty.

He was killed in June 2006 when a U.S. F-16 bombed his safehouse in eastern Iraq, and his followers found their fortunes soured. Sunni tribal chiefs in western Iraq turned on the terrorists, the so-called Anbar Awakening, and the U.S. undertook its troop surge of 2007. By the summer of 2010, the Pentagon reported that 34 of the top 42 of the terrorist groups’ leaders had been killed or captured. U.S. special operations forces had adapted to the hit-and-run nature of counterterrorism.

The jihadist force also faced an internal schism with the triumphant faction eventually pledging allegiance to a mild-mannered Islamic scholar named Abu Bakr al-Baghdadi, whose demeanor belied his inner savage. “In adopting Zarqawi’s vision,” writes Warrick, “Baghdadi also enthusiastically embraced the Jordanian’s most grisly excesses.” With a new leader came a new moniker: the Islamic State of Iraq. More than a name change, this was a statement of intent.

Zarqawi and his religious mentor Maqdisi had been fascinated with the end-times narratives of Islamic scripture. Unlike bin Laden, they felt that the return of the Madhi, the bringer of judgment, was perhaps right around the corner.

The nascent Islamic State also had a business plan, in 2009 releasing its “Strategic Plan for Reinforcing the Political Position of the Islamic State of Iraq.”

Will McCants, author of The ISIS Apocalypse and a scholar of Islamic thought at the Brookings Institution, describes it as having “the look and feel of a D.C. think-tank report, with analysis and recommendations for policymakers.”

The report admitted that the group had faltered badly, but insisted that if the jihadists focused their fire on the inexperienced Iraqi army, the nation would quickly fall into chaos after the American withdrawal two years later. Little did they realize that chaos on a much wider scale would soon give them a real chance to create their paradise on earth.

The so-called Arab Spring of 2010 took a long time to reach Syria, but the peaceful protests against the regime of Bashar Assad in 2011 soon led to civil war. Islamic State and its acolytes flourished in the power void. And they got an unlooked-for boost from Assad’s terrible decision to release a horde of jihadists from prison in the hopes that they would disrupt the protests.

Islamic State’s ranks also began to grow through an infusion of volunteers from across the Muslim world.

“Jihadists, especially foreigners who travel to fight in distant lands, call themselves ‘strangers.’ They are strange, they claim, because they adhere to the true Islam that most Muslims neglect,” writes McCants, who has a gift for explaining obscure Islamic thought to the lay reader.

Over the next three years, this growing force took full or partial control of most of northwestern Iraq, capped by conquering the nation’s second-largest city, Mosul, where the Iraqi army dropped its weapons and ran. Outwaiting the Americans was proving prescient–and profitable. Taxing local populations, smuggling oil and looting antiquities were by then generating $1 million to $3 million a day.

Islamic State made similar gains in Syria. Zarqawi had been an adherent to an 8th-century prophecy that the final showdown between the faithful and Western infidels would come at a village called Dabiq, outside Syria’s largest city of Aleppo. Islamic State fought a bloody campaign to take the militarily insignificant village in the summer of 2014.

By last summer, Baghdadi felt comfortable enough to declare himself to be the new caliph of the Muslim world and his movement to be the heir of the Abbasid Empire, the Sunni movement that dominated the Islamic world from the 8th to the 13th centuries. McCants explains:

“There are striking parallels between the Abbasid revolution and the Islamic State revolution. They share a name (dawla), symbols and colors, apocalyptic propaganda, clandestine networks, and an insurgency in Syria and Iraq. … The Abbasids had provided a blueprint for how to overthrow a Muslim ruler, establish a new caliphate, and justify both. Apocalypse, caliphate, and revolution were inseparable, just as they are for the Islamic State.”

Baghdadi has something that the Abbasids lacked: the ability to spread that apocalyptic propaganda across the globe, streaming in high definition. Islamic State’s self-promotion skills are a main topic of ISIS: The State of Terror by Jessica Stern and J.M. Berger. Stern, a former National Security Council staffer under President Bill Clinton, and Berger, like McCants a fellow at Brookings, note that the group’s longevity owes as much to projecting fear as anything else.

“ISIS flaunts its cruelty, and that literally shameless practice is perhaps its most important innovation,” they write. “Its public display of barbarism lends a sense of urgency to the challenge it presents and allows it to consume a disproportionate amount of the world’s attention.”

While Stern and Berger find Islamic State’s atrocities as repellent as the rest of us, they also warn that we in the West “should measure our actions to avoid spreading its ideology and influence.”

Doing so means not creating any more lawless places where terrorism thrives, as happened in Libya where NATO used air power to help bring down the dictator Moammar Gadhafi but neglected to help rebuild the state. As the authors put it, “the only thing worse than a brutal dictator is no state at all.”

Stern and Berger feel that messaging will be key to countering Islamic State’s appeal to the next generation of Muslims. They would document the group’s war crimes and publicize its military setbacks and governance failures. And, finally, they warn the West not to play into the apocalyptic narrative by send a huge contingent of “crusader” forces to the judgment-day battlefield at Dabiq.

They may have a point: Zarqawi and his heirs caught two big breaks with the U.S. invasion of Iraq and the Arab Spring. Why give them another?