You are here: Home / West Asia / Islamic State’s backdoor to the Philippines

The sleepy township of Sarangani, long known for farming, fishing and peaceful Muslim migration, has emerged as a global terror passage point, like reported by atimes.com. 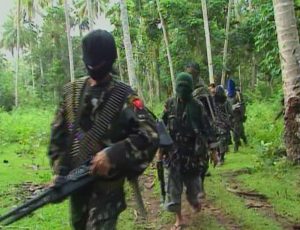 At every stroke of midnight, Sarangani township on the southern Philippine island of Mindanao is plunged into darkness until the break of dawn as electricity is cut to save on scarce energy.

Nine hours away by boat from the nearest urban center of General Santos City, few four-wheeled vehicles ply the streets of the township’s fish-producing island, the southernmost tip of Mindanao.

Here, Indonesians have mixed well with Filipinos, with thousands eventually forging intermarriages in an island-to-island migration that has thrived for at least four generations.

It’s now also viewed by Philippine security forces as a stepping stone for global jihadists bent on wreaking havoc on the southern island of Mindanao, where Islamic State-aligned groups are now active.

In search of greener pastures, the first Indonesian migrants crossed the Celebes Sea (known as the Sulawesi Sea by Indonesians) separating the Philippines and Indonesia in the early 1900s.

“In three to four hours by pump boat, we can be at the nearest Indonesian territory,” Cesar Hadir, an Indonesian descendant married to a Filipina on the island’s municipality told Asia Times.

The migratory route was off-the-radar of Philippine security enforcers, which until now allowed Indonesian families to engage in coconut farming and fishing activities on the remote island.

Months ago, however, the Celebes Sea emerged as a vital security flashpoint in the wake of the siege of Marawi City by the Islamic State-linked Maute Group.

Manila and Jakarta have since closely cooperated to intensify security measures in Celebes Sea waters to thwart the possible reinforcement of Indonesian militants with the Maute Group fighting the Philippine military in a battle that has raged for over four months and destroyed most of Marawi, a major Islamic city in the Catholic-dominated nation.

Armed Forces of the Philippines Chief of Staff General Eduardo Año told reporters in June that some 40 foreign Islamic State members, mostly Indonesians, are fighting alongside the Maute Group in Marawi.

The revelation prompted President Rodrigo Duterte, who previously warned that foreign militants often blended in as sheepishly clothed Islamic missionaries, to place all of Mindanao under martial law. Other foreign fighters in the Marawi battle have hailed from Malaysia, Saudi Arabia, Yemen and Pakistan.

Año claims that Islamic State eyes Asia as its next theater of war, with its first gaze set on the Philippines, as the terror organization faces defeat in the Middle East.

Military officials say the Maute Group’s siege of Marawi, joined by forces with the notorious Abu Sayyaf Group, another Islamic State-aligned militant group based in Mindanao, was an attempt to establish an Islamic State “wilayah”, or province, in Southeast Asia.

Abu Sayyaf leader Isnilon Hapilon, who carries a US$5 million bounty on his head from the United States and about US$195,000 from the Philippine government, is known to have been designated Islamic State’s ‘emir’ in Southeast Asia.

Sarangani’s backdoor for foreign jihadists is increasingly important for security forces to close. According to the Jakarta-based Institute for Policy Analysis of Conflict (IPAC), there are two Islamic State-aligned militant groups in Indonesia allegedly aiding their counterparts in Marawi.

IPAC names them as the Jamaah Ansharud Daulah (JAD) and the little-known al-Hawariyun, whose leader, Abu Nusaibah, was arrested in November 2016 for trying to stir violence at mass street protests against Jakarta’s then-governor Basuki Tjahaja Purnama, also known as Ahok, who was accused and convicted of insulting the Koran.

IPAC claims the two Indonesian jihadist groups sent 20 fighters to Marawi, some travelling by plane and others likely through the Celebes Sea from Kalimantan and Sulawesi, Indonesian provinces that are closest to Sarangani township and General Santos City.

“It is likely that a few have found their way to Marawi,” the 29-page report states, noting that calls for Indonesian militants to go to the Philippines became more explicit in early May, citing a Telegram Messenger intercept that reads:

“If you find it difficult to go to Sham [greater Syria] because of cost and security concerns, why not try the Philippines? Truly, our brothers in the Philippines are awaiting your arrival, why are you so slow in answering their call?”

In December 2015, IPAC cited that a boat hired by a JAD operative from General Santos City smuggled firearms to North Sulawesi, passing through the Celebes Sea.

The entry of Indonesian militants and successful contraband smuggling underscore how accessible Mindanao and Indonesia’s islands are, an issue both Philippine and Indonesian security agencies are now trying to address via new security measures along the decades-old migratory route.

“We need to continuously strengthen the security of our border to prevent terrorists from using it as a mobility corridor,” Guerrero said.

Eastmincom recently renovated a border crossing station on Balut Island, the sleepy commercial center of Sarangani township, which also serves as an inter-agency observatory and monitoring station for both the Philippines and Indonesia on the Celebes Sea.

It was only in 2014 that Manila and Jakarta signed a landmark agreement that established boundaries to their overlapping maritime territories in the Celebes Sea, ending a decades-old dispute.

Both countries have since conducted annual coordinated patrols intended to strengthen security in sea lanes and enhance the inter-operability of the two countries’ maritime operations, a cooperation that has intensified in the wake of the Marawi siege.

The Philippines, Indonesia and Malaysia, which the Philippine military says also has militant nationals fighting alongside the Maute Group at Marawi, also established the Trilateral Maritime Patrol at the Tarakan Naval Base in North Kalimantan, Indonesia.

The Sulu Sea, which separates the Mindanao Muslim provinces of Basilan, Sulu and Tawi-Tawi from Malaysia’s Sabah state, has been cited by the military as another possible entry point for pro-Islamic State militants from Malaysia.

The Islamic State-aligned Abu Sayyaf Group, known to finance its operations from kidnapping-for-ransom and piracy activities, has been known to prey on the Sulu Sea to abduct tourists and sailors and disrupt maritime trade.

Hadir, an Indonesian descendant who married a Filipina, says the Indonesians who have settled on the island-municipality of Sarangani are simple farmers and fishermen.

But he and other island residents recognize through a rising security presence that their hometown is now seen as a passage point for Islamic State militants from Indonesia to sneak in and out of Mindanao, and that their once sleepy town will likely never be the same.