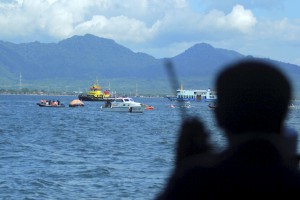 The Dongbang Giant 2 ship was headed to South Korea from Australia when it was forcefully boarded by ten gunmen from the Islamic State-affiliated group off Bongo Town in Tawi Tawi province. The militants seized the ship’s South Korean captain, Chul Hong, as well as one of the local Filipino crewmembers, Glenn Alindajao. Other crewmembers were not seized and one was reportedly able to contact family members who then reported the assault to authorities.

The 11,000 ton ship continued its journey after the abduction, while the military was in “hot pursuit” of the abductors. The southeastern Tawi Tawi province, located in the Autonomous Region in Muslim Mindanao (ARMM), is known as a hotspot for Islamic militant activity and is closely patrolled by the navy. Many hostages are taken to Abu Sayyaf’s nearby stronghold within the Sulu Archipelago, also within the ARMM.

“We do our best to secure that area but it’s a wide body of water,” Tan told AFP by telephone.

Abu Sayyaf is an Islamic fundamentalist group. Its fighters have committed numerous acts of terror including bombings, kidnappings and assassinations targeting both Filipinos and foreigners. They seek an independent state from the Philippines. In 2014, the group pledged its allegiance to global terror group also known as ISIS.

Abu Sayyaf began boarding ships earlier this year, taking in dozens of hostages, mostly Indonesian, Malaysian and Filipino. The group executed two Canadian hostages earlier this year and have released a number of Indonesian and Malaysian sailors. They are believed to still be holding one Dutch, five Malaysians, two Indonesians and four Filipinos captive somewhere in the southeastern jungle. Philippines President Rodrigo Duterte has vowed to crush the group.