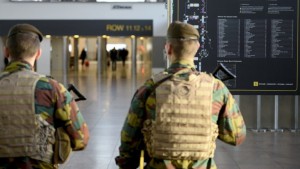 Stratfor, the geopolitical intelligence firm that provides strategic analysis and forecasting to individuals and organizations around the globe, has outlined some of the trends it sees for 2016. Some of the scenarios make sense or might seem obvious but the report makes for interesting reading nonetheless.

In its annual forecast Stratfor noted that it predicts the following scenarios:

– Turkey will become more assertive beyond its borders to combat the Islamic State in Syria and Iraq while also confronting old rivals, Russia and Iran.

– Russia’s standoff with the U.S. will continue as the Ukrainian conflict stalemates and Washington reinforces allies in the former Soviet periphery.

– The Islamic State core suffers from an intensified military campaign, leading the group to focus more on terrorist attacks outside the Middle East.

– Migrant issues, terrorism and economic pressures catalyze the fragmentation of Europe. With nationalist policies gaining traction throughout the continent, Europe will only fragment further in 2016.

– The Syrian battlefield will be the center of gravity for the Middle East in 2016 as several countries intensify their military campaign against the Islamic State.

– Afghanistan will struggle to contain various insurgencies, but the main story will be India, which still boasts one of the world’s fastest-growing economies.

– 2016 could be a year change, at least nominal change, in Africa as the tenures of several leaders and ruling parties potentially end. Energy development will meanwhile progress slowly.