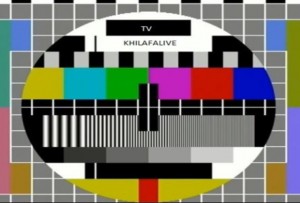 Islamic State militants have set up giant television screens in the Iraqi city of Ramadi and are using them to proclaim that they will seize more Iraqi territory after capturing the provincial capital last month, residents said.

Efforts by the Shi’ite Muslim-led government and its American allies to break the hardline group’s control of about a third of Iraq are currently focused on Ramadi, in Sunni Muslim heartland Anbar province.

“They have started to show videos of their military operations in Iraq and also show confessions by captured soldiers,” said the owner of a small food shop near one of the screens in central Ramadi.

“Some programmes are encouraging young men to abide by Islamic norms and also show military training of young men on carrying arms and how to fight,” he said, speaking on condition of anonymity.

The Iraqi government, whose army has largely proven ineffective against the insurgents, relies heavily on Iranian-backed Shi’ite militias as well as on US-led airstrikes to slow the momentum of Islamic State, which it describes as terrorists.

Islamic State has resorted to killing anyone it deems an opponent as it tries to create a sustainable caliphate in territory it holds in Iraq and neighbouring Syria.

On Wednesday, President Barack Obama ordered the deployment of 450 more US troops to Anbar to assist Iraqi forces in retaking territory lost to Islamic State.

“It seems that they are trying to use media methods as a weapon to polish their image and also encourage young people to join them,” said a civil servant in Ramadi.

Residents said compact discs of the broadcasts were being distributed at stalls near the two screens, which the militants set up by the central market and in northern Ramadi.

Iraq has descended into a second sectarian civil war since the last US troops withdrew in 2011, exacerbated by Islamic State’s suicide bombings and territorial gains.

The Islamist fighters are also battling government forces for control of Iraq’s biggest refinery near the town of Baiji north of Baghdad. The facility has changed hands before.

On Sunday, government forces and Islamic State militants exchanged fire but neither side advanced.