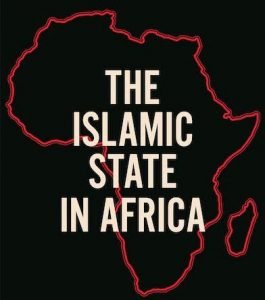 The Islamic State’s self-declared caliphate has fallen, its fighters have dispersed and its leader, Abu Bakr al-Baghdadi, has been killed. But two years after it suffered stinging defeats in Syria and Iraq, the terrorist group has found a new lifeline in Africa, where analysts say it has forged alliances with local militant groups in symbiotic relationships that have pumped up their profiles, fund-raising and recruitment, like reported by nytimes.com.

Many of those homegrown insurgencies are only loosely connected to the Islamic State, also known as ISIS. Still, over the past year, as violence from Islamist extremists on the African continent reached a record high, the Islamic State has trumpeted these battlefield wins to project an image of strength and inspire its supporters worldwide.

Most recently, the Islamic State claimed credit last week for a days-long rampage in war-afflicted northern Mozambique, where militants with distant ties to the terrorist organization attacked a key port town. The attack left dozens of people dead, including at least one South African and one British citizen, and set off talk on the Islamic State’s online forums of the establishment of a new caliphate there, according to researchers.

“As an organization more broadly, ISIS is hurting,” said Colin P. Clarke, a counterterrorism analyst at the Soufan Group, a New York-based security consulting firm. “To improve morale among its supporters, its leadership is seeking to elevate regional branches showing the most promise in launching attacks and maintaining a robust operational tempo.”

The siege on Palma, the town in Mozambique, was the most brazen attack yet by the local insurgency and is part of an alarming rise of brutal clashes involving militant Islamist extremists across the continent. Violence associated with those groups spiked 43 percent in 2020 compared with 2019, according to the Africa Center for Strategic Studies, a U.S. Defense Department research institution.

In recent days, tens of thousands of people who fled the assault in Mozambique have arrived in neighboring provinces and described scenes of devastating violence from the bloody ambush.

Ricardo Elias Dário, who worked in the gas-rich port town as a heavy-equipment operator, could hear the gunfire from inside his red-clay home. Within seconds he grabbed his black leather jacket and sprinted with a friend, Benefica Taou, toward the nearby bush to take cover.

But as they fled, his friend was fatally struck by a stray bullet, he said, and fell to the ground. Mr. Dário barely made it.

For over a decade, American military and counterterrorism officials have warned that Africa was poised to become the next frontier for international terrorist organizations like Al Qaeda and more recently the Islamic State. Both organizations have forged alliances with local jihadist groups in recent years and established new strongholds in West, North and Central Africa from which they can carry out large-scale attacks, according to experts and officials in the United States and Europe.

More recently, American officials have warned that even in its weakened condition, the Islamic State remains a cohesive organization in its former strongholds in Iraq and Syria, with perhaps 10,000 fighters who have gone underground.

While battlefield defeats and the coronavirus have dented its vaunted online propaganda and recruiting operations, the Islamic State still has a war chest of $100 million and a global network of cells outside the Middle East, from the Philippines to Afghanistan, according to American and United Nations counterterrorism officials.

Iraqi security forces and their Western allies continue to hunt down pockets of fighters. Over two weeks in March, Iraqi security forces backed by American and British warplanes conducted 312 airstrikes against Islamic State strongholds, in one of the largest operations against the insurgents since 2019.

Even as political leaders in Europe and the United States grapple with a new threat of domestic terrorism — from right-wing extremists and white supremacists — the fear of a suicide attack in a Western city by a lone individual inspired by the Islamic State’s ideology lurks just beneath the surface.

Secretary of State Antony J. Blinken and foreign ministers from the Global Coalition to Defeat ISIS, a group of more than 80 nations, met virtually on March 30 to address what they said was increased activity in areas once controlled by the group’s fighters.

“The threat remains,” the ministers said in a statement.

But as the Islamic State tries to claw back in the Middle East, it has turned to new footholds in Africa where anger against corrupt governments and ill-equipped local security forces have given rise to armed groups, according to analysts.

Across the Sahel region, stretching from Senegal to Sudan, armed groups have pushed into areas previously untouched by extremist violence. Along the Indian Ocean coastline in Somalia, Al Qaeda-linked militants have established control over large sections of rural areas. And farther south in Mozambique, an insurgency with just a few dozen fighters three years ago has escalated into full-fledged war.

“None of these groups are extraordinarily powerful, it’s just that they have enough capacity to destabilize these fragile states which are not able to maintain a security presence,” said Joseph T. Siegle, director of research at the Africa Center for Strategic Studies.

The Islamic State has forged ties with many of these local insurgencies in what analysts have described as a marriage of convenience: For the militants, the Islamic State brand brings legitimacy and recognition from local governments that the homegrown guerrilla movements have long craved. The Islamic State, in turn, has been able to broadcast the local militants’ attacks as proof that their global jihad is alive and well.

The number of attacks that the Islamic State claimed credit for in Africa grew by more than a third between 2019 and 2020, according to U.S. and other Western counterterrorism officials.

“Right now one of the principal dividends — if not the main benefit — is perception, the ability of ISIS to say, ‘Yes, we’ve lost our territory in Iraq and Syria, but look at us expanding in Africa,’” said Charlie Winter, co-founder of the conflict tracking system ExTrac.

In some places like northeast Nigeria, the Islamic State exerts influence over its local affiliate, the Islamic State in West Africa, and has provided it with trainers and financing, according to the International Crisis Group. But researchers say the Islamic State maintains much looser ties to other militant groups like the insurgency in Mozambique, which remains a largely homegrown movement born of local grievances.

For decades there, impoverished locals watched as elites in the capital plundered the resource-rich region of Cabo Delgado, along the Indian Ocean, which has served as a hub for illegal timber as well as drug and ivory smuggling.

Then in 2009, one of the world’s largest known ruby deposits was discovered in the province, and two years later, oil companies uncovered a natural gas deposit worth tens of billions of dollars. Speculators flocked to the area, locals were forced off their land and some small-scale miners were beaten and killed.

By the time the nascent insurgency launched its first attacks in 2017, targeting police stations and local government leaders, it had widespread appeal among petty traders at the ports and disenchanted youths, local researchers say.

The violent crackdown from the Mozambican military, which was implicated in serious abuses against civilians, may have also helped the insurgency gain more traction with locals.

But over the past year, the nature of the war has changed. The militant group has destroyed entire towns, displacing 670,000 people, killing at least 2,000 civilians and kidnapping scores of others, monitoring organizations say.

“People in Cabo Delgado have come to realize this group is not a solution, it’s destroying the local economy and it’s become very, very violent with the population,” said João Feijó, a researcher at the Observatory of Rural Areas, a Mozambican research institute. “Nowadays the group is pretty isolated.”

Since the insurgency pledged allegiance to the Islamic State in 2019, the conflict has also garnered international attention. Last month, the United States formally designated the group as a global terrorist entity and imposed sanctions on its leader, identified by American officials as Abu Yasir Hassan.

American officials also sent a dozen Army Green Berets to train Mozambican marines for the next two months. Portuguese officials said they would soon send 60 troops to Mozambique, a former colony. A Mozambican military official declared on Sunday that insurgents had been flushed out of Palma.

But hundreds of thousands of displaced people from Cabo Delgado are living in limbo, relying on the hospitality and humanitarian aid to survive. Others who migrated to the province for jobs related to the huge gas project have returned home after international energy companies suspended operations.

“We were afraid of the situation there, but there was work and we have families we need to feed,” said Mr. Dário.

After fleeing last month’s attack, he hid in the bush with dozens of people for days — surviving on raw maize and water from a marsh — before a boat evacuated them to Pemba, a town 155 miles south. Mr. Dário plans to return home to Beira, a city in the south, and find work to support his wife and five children.

“I saw old people, young people, children dying, pregnant women suffering. Even if there is no job for me at home, I would rather stay there with my family,” Mr. Dário said. “But go back to Cabo Delgado, to Palma, never.”