You are here: Home / Europe / Islamic State to switch tactics in Europe in 2017 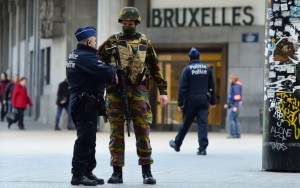 Throughout 2016, Europe has suffered several high-profile and high-impact terrorist attacks conducted by radical Islamist militants. France and Belgium have been the worst hit, but Germany has also increasingly become a target for extremists with direct or indirect links to the Islamic State, like reported by globalriskinsights.com.

Terrorist activity is expected to remain a major factor of insecurity in Western Europe in 2017. However, as the strategic situation shifts in Syria and Iraq, the threat posed by Sunni extremists in Europe is likely to evolve and generate new concerns for local security forces.

The evolution of the terrorist threat in Europe is closely linked to strategic changes that are affecting the Islamic State’s position in the Middle East and North Africa. The Sunni extremist group lost control of Sirte in Libya as well as of several key locations in northern Syria and is struggling to delay the offensive in Mosul. As such, its strategy for the first months of 2017 is likely to focus on tactical offensives in Syria and attempts to expand its global operations, especially in Europe.

Due to territorial and manpower losses, the Islamic State is trying expand its global operations and develop stronger recruitment and support networks in Western Europe and Turkey. The senior militants that have replaced those killed frequently call for attacks against economic, civilian, military and institutional targets in a bid to boost the radicalisation of specific segments of European societies. The objective of expanding global operations is also an attempt to score key propaganda victories aimed at facilitating the group’s expansion in regions where it so far has a relatively weak penetration, such as Germany.

As the Islamic State tries to expand its offensive operations in Europe, the group is likely to implement a shift in strategy. While in January and November 2015, radical Islamists conducted complex and coordinated attacks in Paris, it is almost certain that extremists will pivot toward operationally simpler assaults. The usage of single-assailants attacks provides the Islamic State with a less demanding planning phase and a higher likelihood of success.

Recent messages issued by Islamic State officials increasingly point toward the group’s willingness to boost its sympathisers in order to conduct carry out a high number of attacks. By launching a high volume of low-to medium-scale attacks the Islamic State aims at creating an overall feeling of insecurity and instability in Europe. These attacks may cause limited damage, especially if conducted by single-assailants armed with knives, but the overall psychological and political impact is likely to remain high. The Islamic State has also developed a strategy of claiming responsibility for attacks in which the connection between the perpetrator and senior Middle East-based militants is weak in a bid to create the illusion of possessing far-reaching capabilities.

Single-assailant operations in which the perpetrators use firearms, explosives, vehicles or other readily available means are more difficult to detect by European intelligence agencies due to the limited level of planning necessary. In addition, the gap between the risk mitigation measures put in place by authorities and the investment needed by militants to plan attacks grows, leading to higher counter-terrorist costs. To successfully respond to the heightened risk of single-assailant attacks, European countries are increasingly required to reform their intelligence and security structures leading to a situation that increases the risk of internal political rivalries.

As the Islamic State continues to try to conduct a high volume of attacks in Europe, terrorist incidents are likely to have an increasing impact on the national economies of affected countries. The feeling of insecurity and the relative weakness of the public response to the threat negatively affects key sectors of Western European economies. France and Belgium suffered major declines in tourism in the last months of 2015 and throughout 2016. The latest attack in Berlin further solidifies concerns over the security of crowded public places. Hotel occupancy rates as well as restaurant reservation rates are the first indicators of the economic downturn caused by terrorism activity. However, any upcoming attack in Europe is likely to further solidify the ‘new normal’ in which citizens feel less safe in public environments thus leading to a generalised drop in expenditures in public places such as train stations.

Terrorist activity is also highly likely to continue to heavily weigh on national political landscapes. This generates a heightened political risk, as 2017 will see major elections in the Netherlands, France, Germany, and other European countries. As security features among the top concerns of European citizens, militants may try to carry out attacks in a bid to discredit ruling parties and institutions leading to an overall distrust by the populace in the capacity of public officials to respond to threats.

This creates a situation in which there is a moderate risk of increased social tensions as far-right groups may try to conduct small-scale reprisal attacks by targeting Muslims (mosques, community centres, Muslim-owned businesses, and migrant centres). Any additional terrorist attacks in 2017 are expected to lead to a further radicalisation of nationalist extremists, thus also increasing the risk of clashes between far-right and far-left groups.