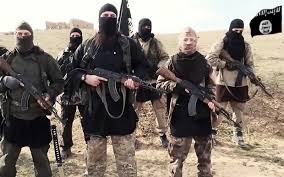 Islamic State militants have consolidated control over central Libya, carrying out summary executions, beheadings and amputations, the United Nations said on Monday in a further illustration of the North African state’s descent into anarchy.

All sides in Libya’s multiple armed conflicts are committing breaches of international law that may amount to war crimes, including abductions, torture and the killing of civilians, according to a UN report.

Islamic State (IS) has gained control over swathes of territory, “committing gross abuses including public summary executions of individuals based on their religion or political allegiance”, the joint report by the UN High Commissioner for Human Rights and the UN Support Mission in Libya said.

The UN had documented IS executions in their stronghold city of Sirte, in central Libya along the Mediterranean coast, and in Derna to the east, from which they were later ousted by local militias. Victims included Egyptian Copts, Ethiopians, Eritreans and a South Sudanese, the report said.

Some were accused of “treason”, others of same-sex relations, but none were given due legal process, according to the report, which covered the year through October.

Libyan armed groups pledging allegiance to IS-controlled areas of central Libya including Sirte, Harawa and Nofliya, and have claimed responsibility for attacks, including on oil fields, checkpoints and petrol stations, the report said.

Four years after the overthrow of Muammar Gaddafi, Libya is locked in a conflict between two rival governments – an official one in the east and a self-declared one controlling the capital Tripoli – and the many armed factions that back them.

All parties to the conflicts were violating international human rights law by committing indiscriminate attacks that harmed civilians, including summary executions, arbitrary imprisonment and use of torture, the UN report said.

Perpetrators, including political leaders and commanders of armed groups, are liable to prosecution by the International Criminal Court, it said, and the Hague-based ICC was already investigating the situation.

“Many migrants, asylum seekers and refugees become victims of brutal violence, coercion and abuse perpetrated by smugglers along smuggling routes, as well as in so-called ‘connection houses’, where they await departure to Europe,” the report said.