You are here: Home / West Asia / Islamic State threatens to expand to Kashmir

In the 13th issue of its online magazine, Dabiq, Islamic State has claimed that it won’t be long before Kashmir is run over by the organisation. 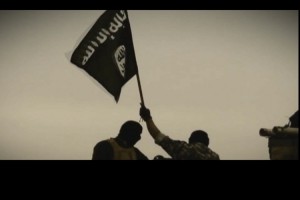 The claims were made by the ‘emir of Khorasan’, Hafiz Saeed Khan, in an interview to the magazine. Khan, also known as Mullah Saeed Orkazai, is an erstwhile commander of the Tehreek-e-Taliban Pakistan. The TTP is responsible for Peshawar school attack of 2014 that killed 141 people, and the attack on Bacha Khan University earlier this week.

He later defected to IS to become the group’s operative head in ‘Khorasan’, the region that stretches across Afghanistan, Pakistan and Turkmenistan and extends to parts of India and China.

“It had once been under the authority of the Muslims, along with the regions surrounding it. Afterwards, the secularist – cow-worshipping Hindus and atheist Chinese – conquered other nearby regions, as is the case in parts of Kashmir and Turkistan,” said Saeed, stressing on the importance of the region in re-establishing the caliphate and expanding their territory in the eastern part.

When asked if IS was capable of fighting ‘cow-worshiping Hindus’ and apostate factions such as Lashkar-e-Taiba, he answered that “there are specific arrangements in those regions and Muslims will soon hear pleasant news about the caliphate’s expansion to those lands”.

Hitting out against the Pakistan Army for exploiting Kashmir issue for personal interest, khan added, “When preservation of their interests (Pakistan Army’s) is required, they ceasefire, withdraw, and retreat. The intelligence agencies have left Kashmiris in the middle of the road and in worst of situations. Pakistani ‘interests’ always fluctuates back and forth, especially in the last years, until Kashmir hits a roadblock and there was no one to save them from the quagmire into which they were thrown. Many Kashmiris and soldiers of militant factions left and made hijrah to wilayat khurasan.”

Adding that apostate factions and agents such as LeT do not have control over any region in Kashmir as they followed the tug and pull of Pakistani army, he said, “There’s a big opportunity…establish the religion of Allah there (Kashmir) and for IS to expand to it.”