You are here: Home / Europe / Islamic State threatens the U.K. with a cyber-attack on September 23, Wednesday 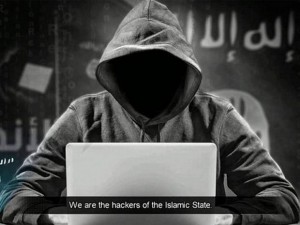 The Islamic State of Iraq (ISIL) and the Levant threatened to carry out a cyber-attack against the U.K. on Wednesday, according to SITE Intel Group, which monitors jihadist social media.

The group made its threat in a video posted on the Internet that opens with images of militants picking up long knives as they forced a group of Western hostages to march forward and kneel in the dirt. The video goes on to make the cyber-attack threat.

The development came weeks after the U.K. carried out a drone attack in Syria to kill an Islamic State fighter of British nationality suspected of planning attacks on the U.K. Prime Minister David Cameron told Parliament on Sept. 7 he hadn’t sought lawmakers’ approval as the strike was ordered in “self-defence.”

“We take cyber-threat very seriously,” the U.K. government said in an e-mailed comment. “We have taken action to defend our networks against increasingly sophisticated attacks and ensure that we have the necessary capabilities to defend our national interests in cyber-space.”

U.K. Defence Secretary Michael Fallon said Sept. 8 the government was ready to order another drone strike on Islamic State militants if they were found to be planning attacks against Britain. He said in a speech in London Tuesday that the U.K. and its allies must consider how to respond to “hybrid attacks, where aggressors use proxies and cyber-attack to blur the lines between what is, and what is not, considered an act of war.”