You are here: Home / Analysis / Islamic State: the Iraqization of al-Qaeda 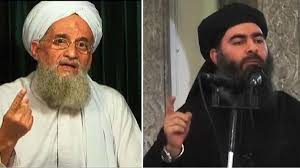 The Islamic State (IS) is the first terrorist group to split from al-Qaeda. In February 2014, al-Qaeda’s leader, al-Zawahiri, publicly announced: “ISIS is not a branch of the al-Qaeda group [and] does not have an organizational relationship with it and [al-Qaeda] is not the group responsible for their actions,” marking the first time that al-Qaeda repudiated an affiliate formally, like reported by kurdistan24.net.

IS has emerged from the Iraqi dilemma before 2003. The seeds of its creation harkened back to the last decade of Saddam’s reign in Iraq, and the Iraqi core within IS has succeeded in the “Iraqization” of al-Qaeda groups in Iraq and later extending this model to Syria.

Saddam’s actions, decrees, and military and security apparatus—including the pieces of his WMD program—are the core structure of the present IS. Thus, its operations, utilizing the remnants of these powerful apparatus and the highly advanced American weapons left by the Iraqi army in Mosul in June 2014, has become trans-regional. Its successful expansion turned it into a powerful international organization, whose model-transferability to other parts of the world—especially to Europe—is not an exaggerated threat.

The slow and steady process of Iraqization of al-Qaeda had begun since the 1990s. Two persons were instrumental in that process and the development of IS: Saddam Hussain and Abu Mus’ab al-Zarqawi.

As part of his plan to defend his regime, Saddam divided Iraq into four decentralized military regions in March 2003, “with Baghdad and its environs headed by Saddam, and other regions headed by his loyalists, including younger son Qusay.”

Contrary to the Gulf War strategy in 1991, he abandoned conventional warfare and decided, “to allow his ground forces maximum autonomy to lure their adversaries into messy street battles.” He deployed the decentralized forces to operate in four divisions, supported by paramilitary forces (Fedayeen Saddam and al-Quds Army) headed by his older son Uday.

The presidential decree which had announced these decisions also stated that in the case of communication breakdown, each paramilitary forces, security and intelligence apparatus must follow its local commander. Most importantly, Saddam also distributed 18 billion US dollars among these decentralized forces, and regions, so that each city could depend on its resources if the Americans surrounded these cities and the communication broke down.

This decision—unprecedented in the history of the Iraqi army—planted the first seeds of decentralized guerrilla warfare against the American troops.

Additionally, in 2003, Saddam opened the Iraqi borders to the foreign fighters from Afghanistan, Syria, Saudi Arabia, Lebanon and Tunisia. The Iraqi National Intelligence Service (NIS) allocated schools and mosques for their accommodation, especially in Al Anbar, Kirkuk, and Tikrit. However, the relations between the Iraqi National Intelligence Service and the foreign fighters predated 2003.

In 2001, it helped al-Qaeda fighters who escaped from Afghanistan through Iran to establish their camps in the difficult terrain of the Kurdistan Region in the border city of Biyara in the province of Sulaimani. These camps were the core of “Ansar al-Islam Group”, the first branch of al-Qaeda in Iraq.

The Iraqi government used the terrorist group as a tool to counter the Kurdish political parties’ control of the Kurdistan Region. The Iraqi NIS had also received al-Qaeda’s top experts in making bombs, and in conducting suicide-bombing missions. One Iraqi intelligence officer confirmed that among these Afghan Arabs were, “a number of the best experts in suicide and car bombings, and even in making chemical weapons, and the former regime had opened for them a number of camps near Baghdad to train and host.”

Another aspect of the final years of Saddam’s reign, which contributed to the Islamization of some groups within the Iraqi Army— also within the Ba’athists and the paramilitary forces of Fedayeen Saddam and al-Quds Army—was Saddam’s “Faith campaign”.

After the Gulf War in 1991, the Kurdish and Shia uprising against his regime, and the international blockade, the Iraqi dictator lost the essence of his political capital, rhetorical appeal, and economic strength. By 1996, Saddam’s grip on power was trembling. Even the Sunnis revolted against his dictatorship and the fatalities he brought to Iraq.

Soon after, Saddam started to deploy Islam as a tool to strengthen his grip on power. He inserted faith-sessions into the training manuals of some groups of his Republican Guard forces. Moreover, extensive religious, and faith sessions were integral parts of Fedayeen Saddam’s training.

The war in 2003, which led to the toppling of Saddam’s regime, the Iraqi army dissolved itself and did not fight – similar to their actions in June 2014 when four divisions dissolved in front of IS.

The Coalition Provisional Authority equated the pacification of the Iraqi society with the early demilitarization of the state; hence, officially dissolving the Iraq army, which had already melted down in the society. However, instead of demilitarizing Iraq, the angry generals teamed up with al-Qaeda led by al-Zarqawi and waged intensive sectarian terrorist attacks to undermine the new Iraqi political process. This event was a contributing factor to the remilitarization of the Iraqi society since 2004.

It came to a brief pause with the Surge (the awakening group and Sons of Iraq program) by which the Sunni tribes switched sides and joined the American troops in eliminating the terrorists from Sunni governorates.

The short-lived success unraveled soon with the withdrawal of the American troops.

Maliki’s wrong policies to consolidate power and the Syrian revolution created a permissive environment for the second revival of IS in 2013. It would emerge as the most atrocious terrorist organization; this time led predominately by Iraqi generals and security personnel, leaving the old al-Qaeda members and foreign fighters to secondary roles and positions, bringing the process of Iraqization full circle with a distorted interpretation of Islam.