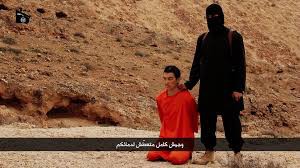 Japan has ordered beefed-up security at its embassies worldwide, a top official said Friday, after the Islamic State group mentioned its missions in Indonesia, Malaysia and Bosnia-Hercegovina as part of a broader threat.

The move comes about eight months after IS claimed to have beheaded two Japanese hostages in Syria and amid anxiety at home over impending legislation that critics fear could drag the officially pacifist country into wars overseas.

Top government spokesman Yoshihide Suga told reporters in Tokyo on Friday that security would be ramped up at Japan’s nearly 200 diplomatic missions around the world.

“We are aware of the (threat) and, in cooperation with host countries, are tightening security,” he said.

He did not elaborate on what steps were being taken.

Erika Nakano, a spokeswoman for the Japanese embassy in Jakarta, said the heavily fortified building already has “very tight security” and business was going on as usual.

“We are okay and we have a good relationship with the Jakarta police — that’s all I can tell you,” she said in response to questions from AFP.

Japan’s parliament is expected to pass legislation next week that will expand the role of its military, and possibly put troops into combat for the first time since the end of World War II.

However there is no suggestion that Japan has any immediate plan to get involved in the military campaign against Islamic State.

The changes to a pacifist constitution imposed by US occupiers after the war has been deeply unpopular among the general public and sparked protests involving tens of thousands of demonstrators, with critics warning that it could thrust Japan into foreign wars.

Japan has long avoided involvement in Middle East conflicts and has rarely been affected by religious extremism.

But in a video released in January, Islamic State militants said they had beheaded war correspondent Kenji Goto, a week after the group also claimed responsibility for the death of his friend Haruna Yukawa, a self-styled contractor.

Their killings came after Japanese Prime Minister Shinzo Abe pledged $200 million in aid for refugees fleeing jihadist-controlled areas in Syria and Iraq during a tour of the Middle East.

Militants had demanded the same sum in exchange for the release of the pair, whom they had been holding for months.