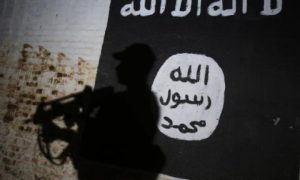 Researchers found 145 of the services were exploited to spread “poisonous” content for the first time in the second half of 2017.

The figures suggest fanatics have sought to expand their presence into less high-profile areas of cyber space after major firms stepped up efforts to rid their sites of extremist material.

Details of the findings emerged as the Government unveiled new technology that aims to automatically detect terrorist content before it hits the web.

Tests show the tool can identify 94% of Isis propaganda videos and has an extremely high accuracy rate.

Home Secretary Amber Rudd welcomed the breakthrough as she visited Silicon Valley for talks with communications providers and Kirstjen Nielsen, US Secretary of Homeland Security.

Rudd praised firms for their work following the launch of a global forum last year but warned there is still more to do.

She said: “I hope this new technology the Home Office has helped develop can support others to go further and faster.

“We know that automatic technology like this can heavily disrupt the terrorists’ actions, as well as prevent people from ever being exposed to these horrific images.

“This Government has been taking the lead worldwide in making sure that vile terrorist content is stamped out.”

Concerns over the availability of material such as execution videos, recruitment campaigns and bomb-making instructions on the internet intensified after a wave of terrorist atrocities hit Britain in 2017.

The Home Office said all five attacks on UK soil last year had an “online component,” and major platforms have come under sustained pressure over the issue.