You are here: Home / Senza categoria / Islamic State still a focus of counter-terror vigilance in U.S. 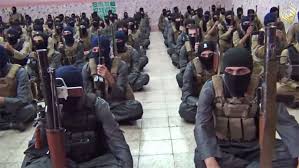 While the U.S. government devotes resources to investigating right-wing extremism, the FBI still has 1,000 open and active investigations of ISIS supporters in all 50 states, according to terrorism expert Seamus Hughes and like reported by thecrimereport.org.

“Since 2014, about 224 people have been charged with ISIS activities” in America, said Hughes, who is co-author of the new book Homegrown: ISIS in America.

Hughes, Deputy Director of the Program on Extremism at George Washington University, was speaking at an online seminar held by the Center on Terrorism at John Jay College. An expert on terrorism, homegrown violent extremism, and countering violent extremism, Hughes previously worked at the National Counterterrorism Center and the U.S. Senate Homeland Security and Governmental Affairs Committee.

According to Hughes and his co-authors, Alexander Meleagrou-Hitchens and Bennett Clifford, “While ISIS activities in many other Western nations is the result of long-standing and deep-rooted international networks based on connections to jihadist battlefields in Iraq, Syria, and beyond, in America, barring some notable exceptions, it has had little direct input and influence from external actors beyond the propaganda the group is able to spread on the Internet.”

Hughes research finds that in the U.S., 90 percent of those charged have been male, with 28 the average age, though the youngest was 15 and the oldest was 65.

After being charged with material support for Islamic State or with other terrorism-related crimes, “most folks plead out,” said Hughes.

Their average sentence is 12 years.

“The vast majority of those charged have been U.S. citizens,” Hughes said, with an “occasional refugee or non-resident.”

He added, “The FBI uses informants with about 60 percent of the cases, which has turned into a controversial tool.”

As the authors put it in Homegrown, “Since 2014, the United States has faced the most sustained period of domestic jihadist activity in its history.”

The “unprecedented” American involvement was “due to the activities and outreach of one specific group, namely the Islamic States of Iraq and Syria (ISIS).”

While the majority of American ISIS supporters sought to leave the country and join what they believed was an “Islamic utopia in the territories held by the group overseas,” there have also been deadly ISIS-inspired attacks in California, Minnesota, Ohio, Florida, and several states.

In these cases of attacks on American soil in which the perpetrators attributed their violence to ISIS, they “tend to not have a direct operational connection” to ISIS commanders, Hughes said.

According to the FBI, at least 300 Americans have attempted to join ISIS in the Middle East, with approximately 80 “touching ground in Syria,” he said.

Since the defeat of the ISIS forces in Syria, activities in the U.S. have diminished, he said, adding that “there have been very few new cases.”

Fears that Americans would return, trained in terrorism violence, to wreak havoc here have not played out.

Many of those who have returned have been “disillusioned,” Hughes said. Also, the U.S. has been aggressive in its use of “no-fly lists.”

Some Western countries have not wanted to deal with their citizens who joined ISIS and are now being detained in Syria.

“They don’t want them back,” he said. In that respect, “the U.S. has been forward leading.”

ISIS is still active in Africa.

According to msn.com, Islamist extremists have been waging an insurgency in Mozambique’s northern province of Cabo Delgado since 2017, which has left over 2,600 dead and 700,000 displaced. The reports of atrocities are increasing, including the beheading of children.

In response, U.S. special forces are being deployed to Mozambique in a bid to “prevent the spread of terrorism and violent extremism,” said msn.com.

However, there have been no calls going out from ISIS for “foreign fighters” to join the African movement, Hughes said. When asked if he expected a resurgence of ISIS attacks here, Hughes said, “Not in the short term.”

“But you still have Al Qaeda,” he pointed out.

This past Monday, the news broke that Al Qaeda’s main propaganda arm, As Sahab, has released a new video titled, “The Wound of the Rohingya is the Wound of the Ummah.” The 21-minute propaganda film features undated audio clips of Ayman al Zawahiri, the overall emir of the global terrorist and insurgency organization, according to Homelandsecuritytoday.

The video is styled like a short documentary, with footage of Western commentators spliced together with scenes of soldiers in Myanmar committing atrocities against civilians.

“The entire world has witnessed the countless massacres that the Rohingyan Muslims have been subjected to,” Zawahiri says toward the beginning of the production, according to longwarjournal.com.

But this “problem” has led to only “slight condemnation and token gestures of humanitarian aid,” he adds.

As Sahab’s narrator uses Zawahiri’s words to launch into a broadside against democracy, the West and the international community.

Hughes said that among those in the U.S. fighting terrorism, in recent months “you have seen an international shift to domestic terrorism.”

The fear that could exist, he said, is “of someone dropping the ball.”