You are here: Home / Europe / Islamic State split-off a threat in Netherlands 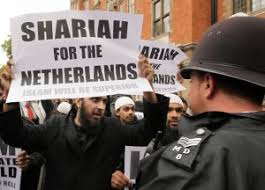 A split-off of terrorist organization ISIS is gaining grounds in the Netherlands and may pose a real threat, NRC reports based on a report by research agency NTA. The so-called Hazimi movement is considered even more extreme than ISIS and has around a hundred followers in the Netherlands, the researchers estimate, like reported by nltimes.nl.

With ISIS no longer having its own caliphate, some jihadists have traded ISIS for Hazimi, named after Saudi preacher Ahmad al-Hazimi who is known to preach that anyone who deviates from radical Islamic teachings is an apostate and therefore deserves to be killed. Those who refuse to label such a person an apostate is also an apostate, according to his preachings. The Hazimi movement benefited from ISIS’ collapse, because it argues that ISIS fell because it did not adhere to the strict teachings, according NTA.

According to NRC, a part of ISIS embraced the Hazimi stance in 2015, but the ISIS leadership thought it went to far and detained or executed many Hazimis for ‘extremism’. Eight Dutch jihadists were executed by ISIS in Syria in 2016. The reason for the executions was previously unknown, but the NTA report now stated that there are indications that the executed Dutch were killed fro their pro-Hazimi views.

The NTA report called the Hazimi movement a blind spot for the Dutch government agencies involved in the local reintegration of former jihadists into society, according to the newspaper. If a former ISIS combatant distances themselves from the terrorist movement, these agencies see it as a sign that they pose a lesser threat. But according to NTA, this is not necessarily a good thing, as the combatant may distance themselves from ISIS to join more radical Hazimi.

The Dutch national coordinator for counterterrorism and security NCTV knows about the Hazimi movement and said in a 2017 report that it has “a few dozen” followers in the Netherlands. According to NTA, that number has grown to around a hundred.