You are here: Home / MidEastGulf / Islamic State sending militants in small groups from Syria to Iraq 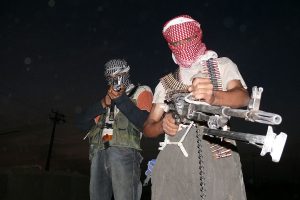 Commander of the Peshmerga’s 3rd Brigade Dler Shkur said on Tuesday (November 9) that the Islamic State (ISIS) militant group is employing a new tactic by sending militants in small groups from Syria to Iraq in order to avoid detection, like reported by nrttv.com.

Shkur told Voice of America (VOA) that all the militants that are being deployed in this way are highly trained in launching attacks, planting bombs, and kidnapping operations.

He added that ISIS in Syria has sent between 35 and 40 militants to Diyala, where they then link up with local cells.