You are here: Home / MidEastGulf / Islamic State seizes opportunity of US attack on Syria to launch an offensive 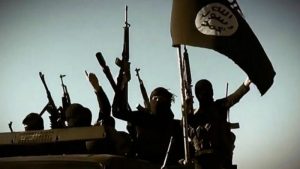 The Islamic State (IS) militants reportedly took advantage of the US airstrike against Syrian airfield to launch an offensive at nearby bases of the Syrian regime forces, like reported by basnews.com.

Citing a military source, Al-Masdar reported that IS militants in the eastern part of the Homs province in Syria conducted an offensive early on Friday, shortly after the US missile attack on Syria’s military airfield.

The US Navy launched 59 Tomahawk cruise missiles against Shayrat Airbase in Homs, Syria from which the chemical-weapon attack authorized by President Bashar al-Assad launched on April 4 which resulted in the death and wounding hundreds of civilians.

The strike by the US caused significant damage to the military base.

The Daily Express reported that IS militants attacked a Syrian Army base about 20 miles away from the same air base shortly after, but a death toll is unknown.