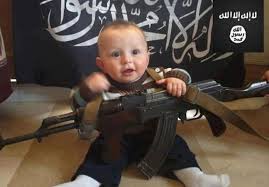 The Islamic State plans to expand its caliphate and ensure the next generation of believers and fighters by triggering a population boom through the promotion of pregnancies within its territory in Syria and Iraq, according to FoxNews.com

Citing an ISIS propaganda video released early this year, FoxNews said the group has been running a paediatric ward with sophisticated equipment and inviting medical practitioners to join them in pushing its agenda of increasing the population in its territory for the purpose of breeding more fighters.

The video reportedly featured Dr. Tareq Kamlehan, an Australian physician who had joined the movement, “running a paediatric ward, boasting about the “good system that they’re running here” and urging medical professionals to join.”

“The idea of creating families within their Islamic State also provides further validation of ISIS vision as a legitimate nation unto itself,” said Clinton Watts, Fox Fellow at the Foreign Policy Research Institute, according to FoxNews.com. 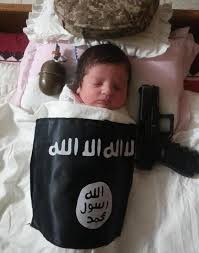 “ISIS believes the more people they can create in their image the better, and those born into a violent ideology are usually the most committed to the course of their life,” he added.ADVERTISEMENT

Apart from being a terrorist group, the “ISIS is also in the business of state building,” said Anne Speckhard, a Georgetown University professor of psychiatry and security studies.

“One of the central tenets of ISIS recruitment is their promise to build a utopian state where citizens will be able to live by Islamic ideals,” the author of “Talking to Terrorists” and “Bride of ISIS” told FoxNews.com.

As early as last year, several women in the Middle East and in other countries like the United States have gone missing or had been recruited by the ISIS as baby makers to populate the new caliphate.

FoxNews said the propaganda emphasis on paediatrics and healthcare is just ”one of many steps ISIS has taken in an attempt to disseminate the idea that the cities under its control are calm and competent.”

But those who have made it out alive reportedly told a different story. 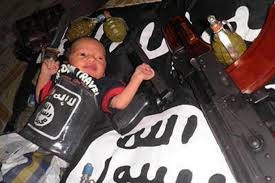 ISIS propaganda on recruiting medical professionals and boasting of “a good system” was also too good to be true as workers who had refused to use their skills in the service of terrorists or forced to work against their will had been raped or murdered or both.

“They have massive problems paying the doctors and keeping the facilities running with power, equipment and medical supplies,” said Daniel Koehler, director of the German Institute on Radicalisation and De-Radicalisation Studies. “ISIS has even tolerated things like men and women working together in hospitals simply because they need the staff to continue and didn’t want them to flee. The situation is miserable.”