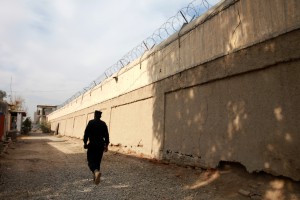 The militants of the Islamic State terrorist group are running private prisons in three areas of Achin district of Afghanistan, the governor of that district has told VOA’s Afghan service.

Achin is one of the several districts in the eastern Nangarhar province that saw fierce battles between IS and the local Taliban.

Achin Governor Haji Ghalib Mujahid said the majority of people being held in the prisons were Afghan officials.

The governor also talked about the way IS militants are allegedly treating the local people.

“They [IS] ask religious leaders to perform prayers in a certain way [and] not to participate in the funeral ceremonies of the government employees and members of the security forces,” Mujahid said. “They also ask tribal elders to ensure women wear burqas, covering them from head to toe.”

Last month, a video showed several people being blown up with explosives by IS in the province. Also, local residents reported in August that at least 300 people remained in IS captivity, and they urged the government to ensure their release.