You are here: Home / MidEastGulf / Islamic State returns with force 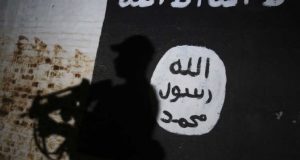 In March of 2019, the Kurdish-led Syrian Democratic Forces captured ISIS’s last remaining territory. The SDF declared it a “total elimination of so-called caliphate.” However, the remaining pieces left of ISIS are now regrouping and making a destructive return in Iraq and Syria, like reported by theowp.org.

Security consultant Olivier Guitta said to Al-Jazeera that “after going underground, ISIS has been regrouping in Iraq and preparing for the next phase. It has been controlling a lot of villages and instilling fear in the hearts of the residents.” The first months of 2020 saw over 600 ISIS assaults that targeted various areas in Iraq. For Syria, the death toll is rising daily in the Deir Az Zor region, increasing it by hundreds through targeted strikes.

The UN estimates that ISIS has around 10,000 active fighters scattered in Iraq and Syria. They also believe the organization holds over $100 million in reserves that were mostly gathered through extortion and funding via cryptocurrency from foreign support. So, they hold tremendous power over local regions as they move in cells in deserts and rural areas, often crossing the borders between Iraq and Syria. Guitta says that “ISIS’s threat is very, very real.”

Further, according to the UN, the global pandemic has been an asset for ISIS propaganda to spread throughout the Internet. The socio-economic fallout it brought to the world may incite some people to become susceptible to the ISIS rhetoric’s increasing exposure. Additionally, the group is prying on military weaknesses attributed to the pandemic and political restlessness to launch repeated attacks on its core areas of operations.

The UN recommends immediate international actions to be taken against terrorist fighters. Head of the UN Office of Counter-Terrorism Vladimir Voronkov said, “while ISIL has not developed a purposeful strategy to exploit the pandemic, its efforts to regroup and to reinvigorate its activities has gained further momentum.”

U.S Central Command’s General Kenneth McKenzie said to VOA News that “unless the international community finds a way to repatriate, reintegrate into home communities, and support locally ground reconciliation programs we will bear witness to the indoctrination of the next generation of ISIS.” According to Al-Jazeera, the American military counts over 2,500 troops in Iraq and around 700 in northeast Syria.

The revival of ISIS also brought more than 30 deaths to the al-Hol refugee camp that shelters around 62,000 women and children in northern Syria. According to Rojava Information Center, 22 attacks were claimed by ISIS and were perpetrated by young men between 17 and 25 years old.

In response, the UN is “deeply concerned at the dire situation faced by mostly women and children in camps that have no access to medicine, hygiene or shelter.” According to them, the pandemic has “exacerbated restrictions on humanitarian aid.”

The serious dangers attributed to the resurgence of ISIS is acknowledged by many professionals and international institutions. Voronkov presses on the need to “scourge terrorism.” This means overcoming ISIS in the real world, but also in the cyberspace. Concluding its report on the matter, the UN says that “the group could regain the ability to carry out external operations in the course of 2021, out of either its core in Iraq and the Syrian Arab Republic or on of its stronger regional affiliates.”