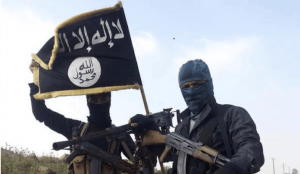 Secretary-General Antonio Guterres says the Islamic State extremist group remains resilient in Afghanistan despite “a high pace” of operations against it by government and international forces — and is urging all armed groups not to interfere in the upcoming presidential election, like reported by time.com .

The U.N. chief said in a report to the Security Council circulated Monday that between mid-June and early September 183 incidents were attributed to Islamic State fighters — nearly double the 93 incidents during the same period in 2018.

Guterres’ report was written before U.S. President Donald Trump abruptly ended a nearly yearlong effort to reach a political settlement with the Taliban on Saturday. Trump said Monday that U.S. peace talks with the Taliban were now “dead.”

In the report, the secretary-general says the U.S.-Taliban talks, a dialogue between Afghan parties in Qatar and strengthened efforts “to build a regional consensus on peace have given rise to cautious optimism that a formal peace process may soon begin.”

Guterres cautioned, however, that a peace process could only be sustained if it is inclusive, protects the rights of all Afghans, and is “grounded in a broad consensus.” He reiterated his call for direct talks between the Taliban and the government, which the Taliban has rejected.

The secretary-general said Afghanistan’s “volatile security situation is highly concerning,” citing direct threats to the presidential election scheduled for Sept. 28 “by anti-government elements that may discourage many Afghans from voting.”

Guterres called on the Taliban and other armed groups, including Islamic State, “to desist from threatening or targeting electoral staff, candidates or voters.” He also urged anti-government forces to refrain from damaging electoral sites and to allow the Afghan people “to exercise their political rights in safety and without fear of violence.”

The secretary-general said the winner of the presidential election will take on “the hefty responsibility of leading the country through the next phase of its journey towards stability and self-reliance and, above all, of pursuing a negotiated settlement to end the devastating conflict.”

But what will happen now that the U.S.-Taliban deal appears dead, at least for the foreseeable future, remains to be seen. The Security Council is scheduled to discuss Guterres’ report Tuesday.

Guterres appealed to all Afghan leaders and candidates “to display leadership in discouraging fraud and to take firm action to prevent it.” He said the election “must be contested on a level playing field, without unduly favoring any candidate.”

He welcomed the public commitments of President Ashraf Ghani and Chief Executive Abdullah Abdullah — both candidates for the top job — to contest the election fairly.

He also noted the steps taken by the government to separate functions of the state from the presidential race. But, he added, “At the same time, allegations of misuse of state resources and perceptions of interference in the work of the electoral management bodies are concerning.”

Guterres urged candidates not to make “spurious or sweeping allegations of fraud without sufficient evidence,” but to report serious allegation to appropriate authorities.

“Those who attempt or commit fraud must be held to account,” he said.