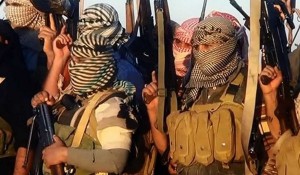 Several groups of students from Sudan — some holding western passports — are thought to have travelled to Syria via Turkey to join the ISIL group, but this is the first time Khartoum has given a figure, AFP reported.

“The total of those who have left the country to join the Daesh organization has reached 70 young men and women,” Abdul Rahman said at a news conference, using the Arabic acronym for ISIL.

The minister played down the significance of the figure, saying it was smaller than the number of recruits from other countries.

Abdul Rahman said there were now “new, more stringent regulations related to granting exit visas and it has become more difficult to obtain entry visas to those countries”, without elaborating further.

In June, 12 students from Khartoum’s University of Medical Sciences and Technology were feared to have travelled to Turkey to join the group. Some held British, Canadian and US passports.

Another group of nine British students from the same university are also thought to have flown to Turkey from Khartoum to join the terrorist group in Syria.