The spate of terrorist attacks in Manchester, Jakarta, Egypt and London highlights the heightening threat of IS in the month of Ramadan. IS fighters have distorted the true meaning of Ramadan to justify more attacks in this blessed month, like reported by eurasiareview.com 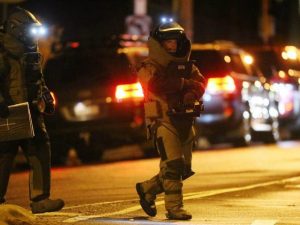 When the fasting month of Ramadan came late last month, it marked the beginning of intense devotion by Muslims to spiritual activities and acts of kindness and charity. However, the sanctity of this blessed month has been tarnished by IS fighters who took the opportunity to launch more terror attacks. At least 149 people have reportedly been killed during Ramadan from three separate attacks this year alone.

IS fighters claim that Ramadan is a month of Jihad and martyrdom. Hence, they justify these attacks by twisting the true meaning and spirit of Ramadan: rather than emphasising the lofty ideals of Ramadan, these IS fighters chose to focus on war and the offensive spirit. Their focus on violence in the month of Ramadan stirs revulsion among many Muslims who consider it as a time of intensified spirituality and increased religious activity.

IS Attacks in Ramadan

On 22 May 2017, IS launched a suicide attack in Manchester Arena in Manchester, England, following a concert by American singer Ariana Grande. The suicide bomber identified as Salman Ramadan Abedi, a 22-year-old British Muslim, detonated a shrapnel-laden homemade bomb at the exit of the arena after the show.

In a video message entitled “Where are the lions of war?” which was broadcast after the Manchester attack, IS called for ‘all-out war’ to mark the start of Ramadan by attacking innocents and civilians in their homes, markets and streets. The message said: “Do not despise the work. Your targeting of the so-called innocents and civilians is beloved by us and the most effective, so go forth and may you get a great reward or martyrdom in Ramadan.”

Two days after, two suicide bombers attacked a bus station in East Jakarta. IS news agency known as Amaq confirmed that the executor of the Jakarta attack was an IS fighter. On 26 May, the eve of Ramadan, IS fighters attacked a bus carrying Coptic Christians in central Egypt. The bus was travelling to the Monastery of St Samuel from Minya province when it came under fire. All these attacks were linked to IS fighters.

On the ninth day of Ramadan this year, IS fighters killed seven people using knives near London Bridge. The attackers came out from a van at London Bridge shouting “This is For Allah”. Earlier, they had sent out a call on instant messaging service Telegram urging its followers to carry out attacks with trucks, knives and guns against “Crusaders” during Ramadan.

IS attacks in Ramadan are not new. Last year IS launched attacks in many places making it the worst Ramadan ever on record. The attacks in Medina, Dhaka and Baghdad last year occurred in the last ten days of Ramadan. According to Islamic traditions, the Night of Destiny or Lailatul Qadar, when sins are forgiven will occur in the last ten nights of Ramadan.

Muslims are encouraged to perform more devotional acts such as night prayers and seeking forgiveness from God. IS holds that killing their enemies in the last ten days of Ramadan is one of the most preferred forms of devotional acts and a way to gain martyrdom.

The attacks in Ramadan are based on their interpretation of the Battle of Badr, the first battle in Islam which occurred in the month of Ramadan. In this battle that took place in 624 CE, Muslims were granted victory against their opponents, the Quraish of Mecca.

These fallacious claims by IS are another misuse of the notion of Jihad in the Islamic legal tradition. While the Battle of Badr was justified as a legitimate physical struggle, IS attacks are random and indiscriminate killings, which do not adhere to the classical prescriptions for jihad and war. Their ideology largely rests upon the centrality of armed jihad without considering the ethics of war.

Hence, armed jihad becomes the means to expand the territories of Islam. To justify their resort to violence, they define jihad as fighting alone.

In Ramadan, Muslims believe in the abundance of spiritual rewards as the benefits of their actions will be multiplied during this month. However, IS fighters have twisted this concept of spiritual rewards for their own corrupted beliefs. They believe that they will receive more rewards from God should they unleash terror in the month of Ramadan.

IS uses propaganda extensively to brainwash their supporters to launch more attacks in Ramadan. In one of their propaganda posters, IS urge their supporters in the West to “gain benefit” from carrying out attacks during Ramadan using pistols, knives and trucks. Nashir News Service (NNS), another IS-linked media outlet, dispensed a black propaganda poster of a handgun, hunting knife and large truck. Using English instead of Arabic, NNS called on IS supporters to “kill the civilians of the crusaders”.

The attacks by IS in Ramadan is a clear indication of IS’ perverse interpretation of Ramadan and its objectives. These attacks are against the true spirit of Ramadan when Muslims are motivated to perform good deeds and be compassionate towards all mankind.

The Quran highlights that the ultimate objective of fasting in the month of Ramadan is to gain piety (taqwa) or the sense of God fearing. How can Muslims gain taqwa by killing innocent lives and causing destruction? IS’ focus on violence in the month of Ramadan stirs revulsion among most Muslims who condemn this as a fundamental contradiction not just of the spirit of Ramadan but the very essence of Islam.