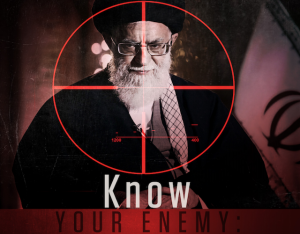 Several pages in the 13th issue of the Islamic State’s (IS) Dabiq propaganda monthly magazine are devoted to calling for the killing of Shia Muslims.

Dabiq was released Tuesday by the Islamic State, the jihadi insurgent group which controls territory in Syria, Iraq, and Libya. The outfit also has affiliates in the Sinai Peninsula, Afghanistan, and Yemen.

Shiite Muslims, although the second most popular sect of Islam, account for only about 10-13 percent of the global Islamic population, according to reports.

The rift between Sunnis and Shiites goes back to the debate over who was the rightful successor of Islam’s Mohammed.

The 13th issue of Dabiq is titled “The Rafidah: From Ibn Saba.” Rafidah is an Arabic and Islamic term used to describe rejectors of what critics determine to be true Islam. The word is often used in a derogatory way by Sunni Muslims towards Shia Muslims.

Jews are to blame for the creation of the Shiite sect of Islam, according to the Islamic State. Moreover, although Israel and Iran continue to remain mortal enemies, IS claims they are actually seeking the same goal – to bring about the Dajjal, or Antichrist.

“The Jew Ibn Saba’, like Paul, hated Islam and desired to deviate the Muslims and corrupt their religion by innovating deviant concepts including the godhood, lordship, and second coming of ‘Alī Ibn Abī Tālib,” the magazine says of the supposed Jewish conspiracy that created Shia Islam. “At the same time, he strived to create strife amongst the Muslim ranks, inciting against the Righteous Khalīfah ‘Uthmān until ‘Uthmān was killed.”

Iran and the Shiites “will continue to wage war against the Muslims until the Rāfidah ultimately unite with the Jews under the banner of the Dajjāl,” Islamic State declares in Dabiq 13.

One of the articles in the IS magazine that condemns the Shiites features a photo of Iran’s Ayatollah Khamenei–the theocrat who rules over the country–with crosshairs over his face.

But Islamic State does not only call for the killing of Shiites in its new issue. The magazine calls for the assassination of prominent Saudi Arabian clerics, claiming the House of Saud does not represent true Islam.