You are here: Home / MidEastGulf / Islamic State ‘Princess of the women’ elected in Tal Afar 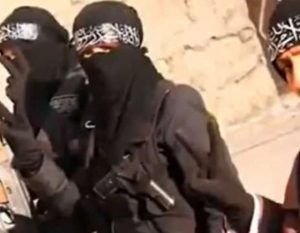 Islamic State’s media arm has announced electing the group’s so-called “princess of the women” in Tal Afar, a local source said like reported by iraqinews.com.

Speaking to AlSumaria News, the source said, “the group’s media arm announced over the past few hours in Tal Afar, west of Mosul, the election of ‘princess of IS women’ known as Um Hajar, a Russian national who is famous for using sniping gun.”

“The princess will have powers to run the group’s women cells,” the source added.

The group, according to the source, “has been trying to attract women given that it’s hard for them to be discovered. In addition, they play pivotal roles in follow-up and information gathering.”

The source described the step of having a princess within its structure as the first of its kind.

IS recruited hundreds of women, some whom became suicide bombers who attacked security troops, especially during the battle in Mosul’s Old City.

Iraqi Defense Ministry said on Wednesday that a date has been set for the town invasion, however, it will not be declared to maintain the secrecy of the intended operations.

During a weekly press briefing on Tuesday, Prime Minister Haidar al-Abadi said a special plan has been drawn to invade Tal Afar.

Col. Ryan Dillon, spokesperson of the U.S.-led coalition against IS, was previously quoted as saying that Tal Afar will be the next target of operations after victory was declared in Mosul.

Tal Afar is one of the important strongholds still held by IS in Nineveh since August 2014.