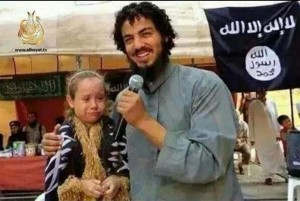 A United Nations official has said that she has seen a ‘price list’ for child slaves that has been circulated amongst Isis fighters in Syria and Iraq.

Zainab Bangura, the UN’s Special Representative of the Secretary-General for Sexual Violence in Conflict, said that she was given a copy of the list during a trip to Iraq in April.

The list surfaced online in November last year, but proved difficult to verify as genuine. Now , Bangura says she can confirm that the document is real, after spending time in the region.

Speaking to Bloomberg, she said that girls get “peddled like barrels of petrol”, and are sometimes bought so they can be sold to their families for thousands of dollars in ransom money.

She said that young children, from the ages of one to nine, fetch around $165 (£106), while adolescents and women fetch lower prices as they get older.

She added that the slaves, often captured Yazidis, are offered to Isis leaders first, then put up for sale to foreign buyers (often wealthy men from other parts of the Middle East) for thousands of dollars, before being offered to fighters for these lower prices.

Last year, Isis released a pamphlet on the treatment of female slaves, which used justification from the Koran for a variety of appalling crimes, such as the rape and beating of female slaves.

A video, also released last year, showed footage of an Isis slave auction, with featured many fighters discussing what they would be willing to pay for various women.

The disturbing confirmation of the document’s authenticity from a UN official comes as the government pledges to continue its military campaign against Isis for another two years.

The campaign is currently limited to aerial bombing of Isis fighters in Iraq, but MPs will vote in September on whether to extend the range of the mission to kill Isis members in Syria as well. (by Independent)