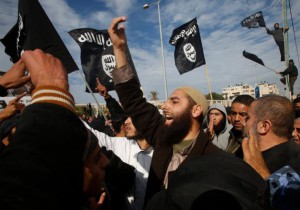 One of the best-known jihadi groups in the Gaza Strip has apparently pledged allegiance to ISIS, boosting the Islamic State’s official presence in the volatile stretch of land along the Mediterranean coast from Gaza into Egypt.

A short statement posted to online ISIS forums on Wednesday that claimed to be written by the United States-designated terror organization Jaysh al-Islam declared that the group is now “an inseparable part of” the Sinai Province, ISIS’ affiliate in Egypt’s Sinai Peninsula. According to the statement, which could not be independently verified, Jaysh al-Islam also vowed loyalty to Islamic State leader Abu Bakr al-Baghdadi, one of America’s most-wanted jihadis.

Some commentators on ISIS forums doubted the pledge of allegiance was real, while others celebrated it.

The Islamic State, which controls large swathes of Syria and Iraq, has sought to swell presence in the Gaza Strip since last year. A Vocativ analysis in July 2014 showed that two Salafist groups at the time had already aligned themselves with ISIS.

Then, in May this year, Salafist supporters of the Islamic State threatened violence against Hamas, which governs Gaza, after it arrested ISIS members. In July, following additional threats, ISIS flags were found in the Gaza Strip near cars that were blown up in what appeared to be targeted attacks against members of other Islamic groups, NBC News reported.

Wednesday’s alleged declaration of allegiance by Jaysh al-Islam, which is led by the powerful figure Mumtaz Dughmush, is a sign of strengthening ISIS influence in the territory despite efforts to quell it in more broadly across the region. In Egypt, which shares a border with the Gaza Strip, the military said it just launched a “major military operation” against ISIS’ Sinai Peninsula-based affiliate.