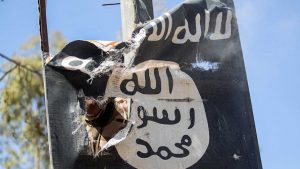 With its attack on Shia militias, the Islamic State (IS) has recently regained prominence in northern Iraq. However, the brief period between the declared victory over IS and its current re-emergence -roughly December 2017-February 2018 – saw the manifestation of a new insurgent group called the ‘White Banners’, like reported by eurasiareview.com.

Named after its white banner with a lion’s head in the centre, the group was mainly responsible for attacks in the Kirkuk area. While no apparent official statements were made by the group, there is ample evidence suggesting that the faction was an alliance between IS and Kurdish organisations, possibly the Kurdish Free Life Party (PJAK). Although PJAK fighters had covertly joined the Kurdish Peshmerga in the battle against IS, the Iraqi government’s takeover of territories contested by both Kurds and Arabs like Kirkuk in October 2017 facilitated a strategic alignment between the groups. This commentary investigates recent and past IS partnerships that have gone unreported in mainstream media. It concludes that IS only cooperates with other insurgent factions when it finds itself in a position of weakness. When in a position of strength, the group aims to monopolise the insurgency.

Cooperation first occurred after the US withdrawal from Iraq in 2011. At that time, IS’ predecessor, the Islamic State of Iraq (ISI), started collaborating with the nationalist Ba’athist insurgents of the ‘Jaish Rijaal al-Tariqa al-Naqshabandiyya (JRTN)’. In late 2013, around the time of Sunni protests against their marginalisation by the government, IS – at this time known as ‘the Islamic State of Iraq and al-Sham (ISIS)’ – expanded its collaboration with the JRTN.

In both instances, IS found itself in a position of relative weakness in Iraq and thus decided to form a partnership with the JRTN. In 2011, ISI faced extensive pressure from security forces and local tribal fighters. It also lacked the manpower to pose a real challenge to these state-backed fighters. The group’s ‘breaking the walls’ campaign, in which prisons were targeted to free its fighters and boost its ranks, only started later, in July 2012.

Further, although the 2013 anti-government protests formed the perfect opportunity for ISIS to instigate sectarian strife in Iraq, the group had largely allocated its resources in Syria where it intended to take advantage of the civil war. Therefore, the Salafists decided to team up with the JRTN, whose political front was leading several protests but lacked the required tactical expertise to challenge the government beyond peaceful protests. In January 2014, their combined efforts seized control of Fallujah for several days after which it was retaken by the security forces. Thus, even with pooled resources, ISIS’ partnership still proved weak vis-à-vis the Iraqi security forces.

On the contrary, when ISIS was able to attain a position of strength and become the dominant insurgent group in Iraq, it ended its partnerships and turned against its former allies. While the January battle for Fallujah was still very much a combined effort, the June 2014 takeover of Mosul was essentially spearheaded by ISIS. Having established full control over Raqqa, ISIS was able to allocate more resources to Iraq. Although the group still allowed the JRTN to exist in the fringes of the insurgency, it soon turned against its partners, which were subsequently removed from the newly-established ‘Caliphate’.

A similar conclusion can be drawn from the recent alliance between IS and the Kurdish group. Cooperation between both actors manifested itself after IS lost most of its territory in Iraq to the government. The ‘White Banner’ phenomenon even indicates that IS found itself in a more precarious position than at the time of its partnership with the JRTN. While in past alliances IS still operated under its own name and flag, during its recent cooperation with Kurdish fighters, it accepted the use of an alternative representation. As it is only in the Kurds’ interest to use different symbols, it can be assumed that the demand was made by the Kurdish factions and a weakened IS agreed.

The recent resurgence of IS activity in northern Iraq did not feature White Banner attacks, confirming the hypothesis that a strengthened IS is unlikely to cooperate with others. Two possible scenarios can be further hypothesised. One scenario suggests that IS was able to demand the usage of its own name and credentials in the attacks, meaning they now find themselves in a relatively stronger bargaining position vis-à-vis the Kurdish resistance group. Another scenario could be that in this moment of strength, the Salafists ended all cooperation with the Kurds and the White Banners were dissolved.

In both instances, the ideological difference between the groups is further evidence of the necessity of their cooperation. While IS is a Salafist organisation that even labelled al Qaeda as “the Jews of jihad,” the JRTN finds itself at the other end of the spectrum as a nationalist, Ba’athist, non-sectarian, pan-Arabist organisation. Similarly, PJAK is a leftist-nationalist organisation that does not espouse IS’ ideology. Thus, while cooperation with another Salafist group could possibly be explained by ideological motives, the ideological distance between IS, the JRTN, and the Kurdish faction supports the idea that the partnerships were borne out of material considerations.

To sum up, the recent partnership between IS and Kurdish nationalistsis not the first time the Salafist organisation has cooperated with other (non-Islamist) groups. These instances indicate that IS only participates in alliances when it finds itself in a position of weakness. Given a chance, IS will end its cooperation.