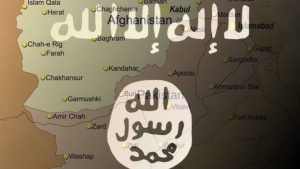 The rivalry between Afghanistan and Pakistan has created room for terrorists of the militant Islamic State (IS) group to build a foothold in the region, recent US reports on the issue point out, reports The Dawn on March 29.

Last week, the United States hosted a 68-nation conference in Washington to formulate a joint strategy for combating the IS terrorists.

In his address to the conference, US Secretary of State Rex Tillerson not only noted the group’s presence in the Pak-Afghan region but also pointed out that the group had carried out “many terrorist attacks in Afghanistan and Pakistan”.

In the region, the group is known as the Islamic State of Khorasan (ISK) and operates from its bases in the Afghan areas along the Pak-Afghan border.

In a recent report on ISK, the Congress-funded US Institute of Peace underlines the link between this group and Pakistani militant organisations to show how the Afghan-Pakistan rivalry benefited the terrorists.

The USIP report quotes from a July 2016 report by the Afghanistan Analysts Network, which claims that Afgh­anistan’s intelligence agency, “the National Direc­to­rate of Security, has supported the militant organisation Lashkar-i-Islam and elements of TTP since 2014 “with the aim of playing these militants against Pakistan in retaliation for Pakistan’s long-time support of the Afghan Taliban.” Fighters from both groups later joined ISK.