You are here: Home / MidEastGulf / Islamic State of Iraq and the Levant (ISIL) was recruiting its members from the Turkish capital of Ankara 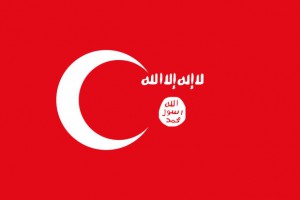 Noting that 21 members of his family had gone and joined ISIL, with five already dead, Ercan claimed that there are bus lines that openly take people back and forth between Turkey and ISIL. He added that the state had to assign him a security detail because of death threats leveled against him and his family.

Claiming ISIL recruits its members in Ankara suburbs of Sincan, Bala, Ayaş and Haymana, Ercan said, “I went to the police station to complain, but authorities said that ‘they are just going to [the southern province of] Hatay province for vacation by bus. We cannot do anything about it,’” He also lashed out, adding that Turkish authorities in police station have done nothing about his complaint.

Last year the New York Times also alleged that there was significant ISIL recruitment from Ankara, Istanbul and the northwestern province of Sakarya, prompting the United States and certain European countries to share intelligence with Turkish security forces who then began surveillance on suspected citizens. Meanwhile, according to a report released earlier this year by the Turkish daily Taraf, the surveillance revealed that some ISIL fighters, upon returning to Turkey after fighting in Syria, were given employment as workers or civil servants in AK Party municipalities.