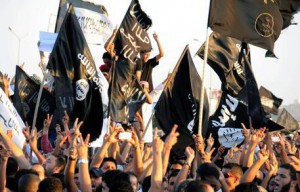 Libyan sources have talked about the fall of, “a large part of the central region in Libya,” under ISIS control, as a part of the militant group’s quest to expandits influence in this country.

“Alwasat” Website quoted sources in Sirte city as saying that ISIS has imposed its control again on the area from its stronghold in the outskirts of Nofaliya city till Harawa.

ISIS has extended its control over Nofaliya , Darna, Sirte and part of Benghazi city, taking advantage of the army fight with the militias classified by the Parliament as “terrorist“.

Since ISIS appeared in Libya in October 2014, the militant group, in which several sources said that it is making alliances with some of the other militias, is seeking to expand in the country