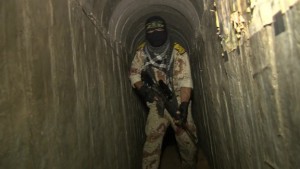 The Islamic State (IS) militants are destroying military bases and police stations in the different neighbourhoods of Mosul, moving their bases underground.

Kurdistan Democratic Party (KDP) official from Mosul, Saed Mamuzini, told BasNews that the IS insurgents are blowing up police stations in Mosul.

“They took down two buildings in Hamam Alil and Bab al-Jadidah, in the south of the city, yesterday.

“The jihadists are digging tunnels as they attempt to build military bases under the ground.”

Mamuzini explained that the new strategy is underway as international coalition airstrikes regularly bomb IS military bases and convoys. The jihadists believe that the only way to avoid the offensives is by moving out of sight and underground.

International coalition airstrikes have been effectively attacking the insurgents since August 2014.

Underground storage is just the latest in a series of tactics militants have used to stay unnoticed.

They have previously used mosques and churches as cover for military equipment, and a recent video showed Humvees and MRAPs hidden under overpasses in Mosul.