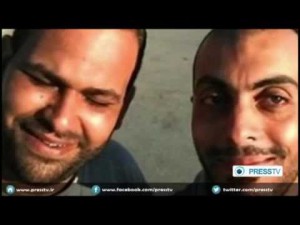 Militants from the Islamic State group have slit the throats of five journalists working for a Libyan TV station in the eastern part of the country, an army commander said on Monday.

The reporters had been missing since August, when they left the eastern city of Tobruk after covering the inauguration of the country’s elected parliament to travel to Benghazi. Their route took them through Derna, a militant Islamist hotspot.

Faraj al-Barassi, a district army commander in eastern Libya, said militants loyal to Islamic State were responsible for killing the journalists, whose bodies were found outside the eastern city of Bayda.

“Five bodies with slit throats were found today in the Green Mountain forests,” Barrasi told Reuters, referring to a sparsely populated area east of Benghazi. He did not say when the five journalists were believed to have been killed.

The reporters – four Libyans and one Egyptian – had been working for Barqa TV, an eastern television supporting federalism for eastern Libya, other journalists said.

Brussels-based International Federation of Journalists (IFJ), a group promoting press freedom, said the reporters had been kidnapped at an Islamic State checkpoint and were killed recently.
“We are deeply shocked by this brutal slaughter,” said IFJ president Jim Boumelha. “ISIS (Islamic State) aims to horrify but we can only feel great sorrow and further resolve to see the killers held responsible for their crimes.”

Militants loyal to Islamic State have exploited a security vacuum in Libya, where two governments and parliaments allied to host of armed groups are fighting each other on several fronts four years after the ousting of Muammar Gaddafi.

The internationally recognized government has been based in the east since losing control of the capital Tripoli in August to a rival faction, which has set up its own administration.

The House of Representatives, Libya’s elected parliament, has also been based in the east since its inauguration in August.

Islamic State, the group which has seized parts of Syria and Iraq, has claimed responsibility for the killing of 30 Ethiopian and 21 Egyptian Christians as well as an attack on a Tripoli hotel, embassies and oilfields.