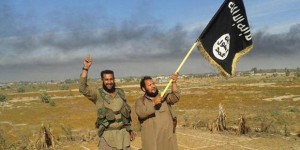 Islamic State militants kidnapped and killed seven people, including three women, in the southern province of Zabul, a police official said on Sunday, November 8, amid heavy fighting in the region between the group and Taliban insurgents, Reuters reports.

Groups associated with Islamic State have made growing inroads in Afghanistan in recent years, attracting fighters and support away from disenchanted members of the Taliban.

They have been battling government forces and the Taliban in a challenge for supremacy of the Islamist insurgency, and its rise has caused alarm outside Afghanistan, with U.S. commanders citing the movement as a reason to delay troop withdrawals.

Ghulam Jilani Farahi, a deputy police chief in Zabul, said police found the victims, who were abducted on October 1 from Rasani village in the Gelan district of the neighboring Ghazni province.

“Daesh fighters brutally killed these people and their dead bodies have been carried to Shah Joi district hospital,” Farahi said by telephone, using the local name for the Islamic State.

The victims were members of the Hazara ethnic group, Farahi said, adding that police were investigating. Photos seen by Reuters showed their throats were cut.

The killings underscore the extent of violence directed at civilians as security in Afghanistan deteriorates.

Heavy fighting between militants from the two groups was ongoing in three other districts in the province, with 60 Islamic State fighters and 15 Taliban killed, Farahi said.

It was not possible for Reuters to verify the report, the agency says.