You are here: Home / West Asia / Islamic State militant hands himself and 45 family members of his comrades to Afghan Special Forces 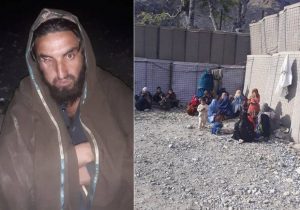 A militant of ISIS Khurasan terrorist group handed himself over to the Afghan Special Forces in Achin district of Nangarhar province, like reported by khaama.com.

According to a statement released by Special Operations Corps, the ISIS militant also handed over 45 family members of his comrades to Special Forces, including 17 women, 13 children and 15 girls.

The statement further added that the militant also handed over an Ak-47 assault rifle to Special Forces.

The ISIS sympathizers have not commented in this regard so far.

The Special Operations Corps also added that the Special Forces intensified pressure on ISIS militants and the terror group is on the verge of total defeat in East of Afghanistan.