You are here: Home / Mediterranean / Islamic State looks to expand in Tunisia 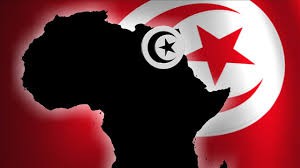 The Islamic State appears to be targeting Tunisia as the next country where it can spread its caliphate.

Tunisia is widely viewed as the lone success of the Arab Spring protests after its successful transition to a more democratic government. But an estimated 7,000 Tunisians have joined the Islamic State (also known as ISIS or ISIL) branches in Libya and Syria.

While none of the existing terrorist groups in Tunisia have pledged their loyalty to the Islamic State, U.S. officials said it could happen imminently.

In the last two weeks, ISIS has published videos taunting the government, shared pictures of some its fighters brandishing guns and made fun of a Tunisian tourism campaign in the wake of a March bombing at a museum that was reportedly carried out by ISIS. The group also has posted online photos of supposed Tunisian martyrs to its cause—though the tweets don’t make clear where those purported members died.

ISIS also announced that it is creating the Islamic State of Afrikah, an antiquated name for the region that is now Tunisia. […]

Two U.S. officials told The Daily Beast that they are watching to see how the relationship evolves but could not say whether the recent messages from ISIS suggested the caliphate was moving into Tunisia.

Tunisia “is definitely is an environment that ISIS can excel in,” one U.S. official explained. “At some point in the future I could see a [jihadist] contingent saying, ‘We are aligned’” with ISIS.

The Islamic State has also expanded its operations and connections with local extremist groups in Libya, Afghanistan, and Nigeria.