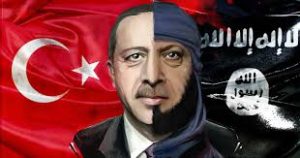 In 2011, the discovery of Osama bin Laden’s hideout deep in Abbottabad raised questions about Pakistan’s knowledge of his whereabouts. Today it is hardly controversial to suggest that at least some elements in the Pakistani government must have been aware of bin Laden’s location. Last week’s discovery of Abu Bakr al-Baghdadi in a territory of Syria controlled by Turkey inevitably raises similar questions about Ankara’s role in the Syrian conflict and its relationship with the Islamic State, like reported by intelnews.org.

The self-proclaimed caliph of the Islamic State was found hiding in Barisha, a village in the Syrian province of Idlib, which is located just two miles from the Turkish border. The region that surrounds Barisha is under the control of Turkey and can most accurately be described as a Turkish protectorate inside Syria. The area north of Barisha has been under Turkish control since August of 2016, when Ankara launched Operation Euphrates Shield, a cross-border operation conducted by the Turkish Armed Forces in cooperation with Turkish baked militias in Syria. In early 2018, Turkish and pro-Turkish forces extended their territorial control further south, capturing Barisha and all surrounding regions. They remain in control of the area to this day.

Turkish-occupied northern Syria is often described as a “proto-state” governed by a collection of local councils of Turkmens and Arabs, with some Kurds and Yazidis also present. These councils elect representatives to the self-proclaimed Syrian Interim Government, which was formed in Turkey by Turkish-backed Syrian exiles and is currently headquartered in Azaz, an Arab-majority city of 30,000 that is under direct Turkish military control. Azaz is also the headquarters of the Turkish-backed “Free Police”, a gendarmerie-style militia that is funded, trained and supplied by the Turkish government.

In addition to the Turkish troops, the region is controlled by the Turkish-funded Syrian National Army. The 25,000 troops of the SNA —which is jokingly referred to by the locals as the “Turkish Syrian National Army”— operate completely under Turkish command. A substantial portion of the SNA’s force consists of former Islamic State fighters who switched their allegiance to the SNA once they saw the writing on the wall. Others are former members of the group that used to call itself Jabhat al-Nusra, an al-Qaeda affiliate that has become the most powerful Salafi-jihadist group in Syria after the demise of the Islamic State.

Turkish-occupied northern Syria is also the base of Ahrar al-Sham, a Salafi-jihadist group consisting of over 20,000 fighters, which is not officially aligned with al-Qaeda, but has similar goals. Since at least 2017, Ahrar al-Sham has operated as a Turkish proxy militia and its members operate dozens of check points and observation posts throughout the region. Lastly, the area is home to Hurras al-Din, yet another Salafi-jihadist group that is affiliated with al-Qaeda —though its leaders deny it— and is able to operate in Turkish-controlled areas of Syria with suspicious ease. It was this group, Hurras al-Din, that sheltered al-Baghdadi in Barisha in return for cash.

Given Turkey’s military and political control in Idlib province, the question arises of how the world’s most high-profile terrorist leader was able to enter the region and receive protection from a militia that operates there under the watchful eye of the Turkish military. The New York Times reports that al-Baghdadi had been living in Barisha for several months before last week’s raid, and that Washington had been aware of his hideout location since the summer. Was Turkish intelligence also aware of the Islamic State leader’s whereabouts? If not, how could that be? If yes, why did it take a Kurdish spy, handled by Syrian Kurdish intelligence, to locate him and provide information to the White House? More importantly, what exactly is the relationship between Turkey and the al-Qaeda-linked Islamists who seem to operate freely in Idlib and provide protection to senior Islamic State officials in exchange for cash?

There are clearly more questions than answers here. If the United States is serious about combatting Islamist extremism in the Middle East, it must press Ankara on these questions as a matter of urgency.