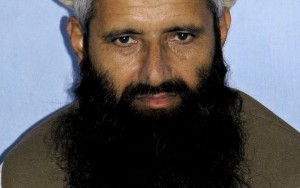 The leader of Islamic State (IS) affiliates in Afghanistan, Abdul Rahim Muslim Dost, has claimed that the Taliban militants are fighting for the military intelligence of Pakistan, Inter Services Intelligence (ISI).

According to Khaama.com, Dost said that they found other ways to wage jihad after they came to know that the Taliban was receiving guidelines from Pakistani intelligence.

Dost, a former Guantanamo prisoner, alleged that they are defending against the Taliban militants.

He also said that Taliban had warned them that anyone who fought with them would face death, while they initially started fighting with the IS affiliates.

Dost also condemned the airstrikes saying that it was the most barbaric way of killing and said that beheadings were the most pitiful way to execute a convict.

He claimed that IS fighters were instructed to refrain from harming civilians but airstrikes cause causalities that include women, children and elders.