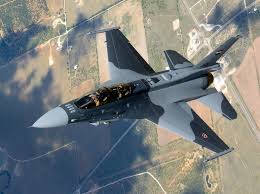 The Iraqi Air Force on Sunday said it bombed a convoy of Islamic State leader Abu Bakr al-Baghdadi in the western province of Anbar.

The unconfirmed bombing was carried out as Baghdadi was traveling to a meeting of Islamic State commanders. It has not been verified if Baghdadi was killed in the attack.

Baghdadi, born in Samarra in 1971, has taken personal credit for coordinating multiple attacks while operating as leader of the Islamic State, also known as ISIL, ISIS and Daesh.

Iraq’s air force “bombed the convoy of the terrorist Abu Bakr al-Baghdadi while he was heading to Karabla to attend a meeting with Daesh commanders,” according to a statement.

“The location of the meeting was also bombed and many of the group’s leaders were killed and wounded,” the statement added.

The U.S. Department of State in 2011 labeled Baghdadi as a Specially Designated Global Terrorist and offered a $10 million bounty.