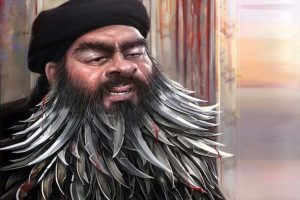 Multiple Iraqi security officials claim that Islamic State (IS) leader Abu Bakr al-Baghdadi is likely wounded but still alive and hiding out in Syrian desert regions near the border with Iraq, like reported by kurdistan24.net.

There have been no confirmed public sightings of the elusive Baghdadi since July 2014, when he was filmed declaring himself the “caliph” of the world’s Muslims at a mosque in Mosul. There is currently a $25 million bounty on his head.

“The last information we have is he is in Al-Hajin in Syria, 18 miles from the border in Deir al-Zor province,” Director General of the Intelligence and Counter-Terrorism office at Iraq’s Ministry of Interior Abu Ali al-Basri told Fox News on Sunday.

He added that intelligence on the whereabouts of Baghdadi was being used to conduct a “multi-force raid” by security forces from Russia, Syria, and Iran.

Hisham al-Hishami, a member of Iraq’s National Reconciliation Commission, also told Fox News, “I met with people and some of Baghdadi’s assistants who been captured and they said he is able to hide because he moves without a convoy or bodyguards.”

“There are just three people with him: his son, his son-in-law, and his friend and driver.”

Another Iraqi official who spoke to the news organization, Ministry of Defense Spokesperson Brig. Gen. Yahya Rasool said, “He has been injured at least three times, twice in Iraq and once in Syria,” adding, “He has severe injuries to his legs and his health is not good.”

A “well-placed American intelligence insider” is also quoted in the report as saying that Baghdadi “is very much alive.”

Although Iraq declared a military victory over IS in late 2017, fighters from the jihadist group continue to carry out bombings, ambushes, kidnappings, and other attacks on a regular basis, often in areas near the Syrian border.