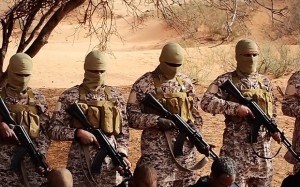 The Islamic State (ISIS) on Saturday formally announced the start of operations in Algeria. Previously, Algeria’s ISIS militants had been relatively quiet, beheading a single French tourist in September 2014.

In a statement published by the jihadi Amaq Agency, ISIS claimed responsibility for a bomb attack on a People’s National Army (PNA) convoy in Skikda Province.

ISIS militants detonated an explosive device adjacent to the army convoy as it passed near Tamalous town in northeastern Algeria. It was not immediately clear whether the explosion caused any casualties.

The ISIS leadership has vowed to continue their attacks in Algeria and pledged to extend their operations against PNA forces. According to reports, at least 200 ISIS militants are currently active in Algeria.

In September 2014, a group of militants deserted al-Qaeda in the Islamic Maghreb and pledged allegiance to the Islamic State. As ISIS territory has receded in Iraq and Syria the group has been active abroad, establishing provinces called vilayats.