You are here: Home / Europe / Islamic State jihadists in Nigeria pose a ‘growing threat’ to Britain 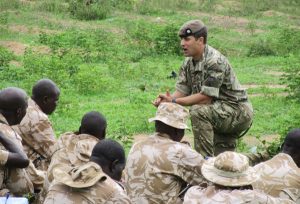 Islamic State jihadists in Nigeria pose a ‘growing threat’ to the security of Britain, the Defence Secretary has warned, like reported by dailymail.co.uk.

British troops are training local forces in a push to crush a wave of terror in the region which could spread to Europe.

There are fears that, if left to fester, Islamic extremists in Africa could establish a caliphate across the region, as IS did in parts of Iraq and Syria, and plot attacks on the West.

The threat in ravaged north-eastern Nigeria comes from Boko Haram and splinter group Islamic State In West Africa, which has pledged allegiance to IS.

Speaking from a military base, Mr Williamson said: ‘When we look at it more broadly, when we look at the greater threat, organisations such as Boko Haram or Daesh [the Arabic acronym for IS] do not respect international borders.

‘We see that as a potential and growing threat to the United Kingdom.

‘By dealing with the threat here in Nigeria, it keeps the streets of Britain safe as well.’

In 2014 Boko Haram kidnapped 276 Chibok schoolgirls in Borno. It is believed more than 100 are still being held.